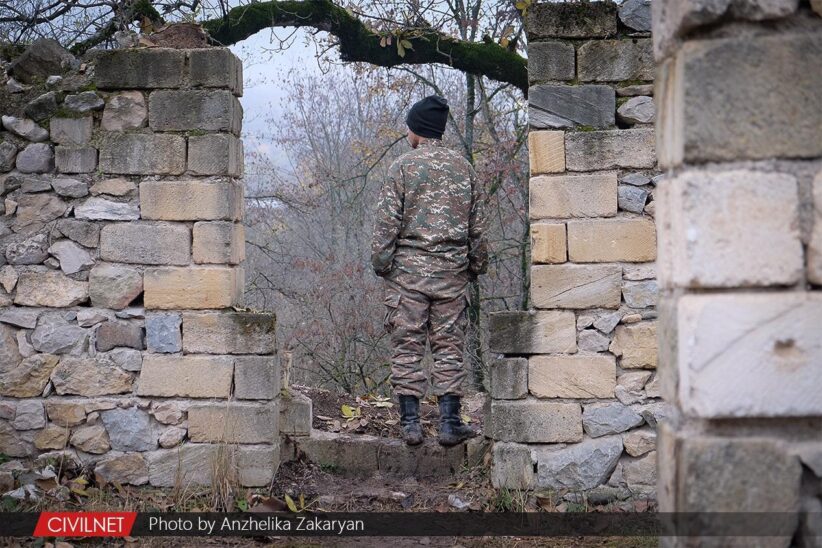 A resolution calling on Azerbaijan to release more than an estimated 200 Armenian military prisoners and civilian hostages is due to be introduced in the House of Representatives next week, the Armenian National Committee of America (ANCA) reported on March 6. Last January, the European Parliament adopted a resolution that among other things called for the release of Armenian prisoners. The Russian government has also been calling for the release of all prisoners. None of these calls have had much effect so far.

Since the start of the year, Azerbaijan released ten Armenian prisoners in exchange for two Azerbaijani citizens held in Armenia on illegal border crossing charges since before the war. Lawyers for the families of prisoners have estimated that hundreds of Armenian citizens are still being held by Azerbaijan, months after they were captured. The Armenian government has refused to publicize its estimate for the number of its citizens held, but the Diaspora commissioner Zareh Sinanyan recently acknowledged there were more than a hundred people held.

Armenian media have speculated that Azerbaijan is demanding additional territorial concessions from Armenia in exchange for the release. Armenian officials deny that any land-for-prisoners swap is in the works.

The proposed text of the congressional resolution, as reproduced by the ANCA, is below:

Whereas on September 27 2020, Azerbaijan, with support from Turkey and foreign militia groups, launched a military assault on Nagorno Karabakh, also known as Artsakh, resulting in the deaths of thousands and displacing tens of thousands of ethnic Armenian residents;

Whereas on November 9 2020, Azerbaijan, Armenia, and Russia signed a tripartite statement to end the conflict;

Whereas in signing the November 9 statement, all parties agreed that the “exchange of prisoners of war, hostages and other detainees as well as the remains of the fatalities shall be carried out”;

Whereas the third Geneva Convention, of which Azerbaijan is a signatory, and international law require the release of Prisoners of War and captured civilians upon the cessation of hostilities and require that all detainees be treated humanely;

Whereas despite Azerbaijan’s obligations under the Geneva Conventions and their commitments in signing the November 9 statement, more than 100 days after the end of the conflict, the government of Azerbaijan continues to detain an estimated 200 Armenian prisoners of war, hostages, and detained persons, seeking to misrepresent their status to justify their continued captivity;

Whereas Human Rights Watch reported in December 2020 found that Azerbaijani military forces had mistreated ethnic Armenian prisoners of war and subjected them to “physical abuse and humiliation”;

Whereas Columbia University’s Institute for the Study of Human Rights issued a report on the conflict “documenting crimes against humanity and other atrocities committed by Azerbaijani armed forces and Turkish-backed Islamist fighters against Armenians,” including beheadings, summary executions, and the desecration of human remains;

Whereas there is limited reliable information about the condition or treatment of prisoners of war and captured civilians, and there is significant concern that female detainees in particular could be subject to sexual assaults and other mistreatment;

Whereas Azerbaijan’s continued detainment of prisoners of war and captured civilians calls into serious question their commitment to human rights and negotiating an equitable, lasting peace settlement;

Whereas Armenia has fulfilled its obligations under the November 9 statement and international law by returning Azerbaijani prisoners of war;

Whereas the United States, along with France and Russia, is a co-chair of the OSCE Minsk group which was created to seek a durable and peaceful solution to the Nagorno Karabakh conflict.

Therefore be it resolved, that the House of Representatives –

1) Calls upon Azerbaijan to immediately return all Armenian prisoners of war and captured civilians; and

2) Urges the State Department to engage at all levels with Azerbaijani authorities, including through the OSCE Minsk Group process, to make clear the importance of adhering to their obligations under the November 9 statement and international law to immediately release all prisoners of war and captured civilians.”