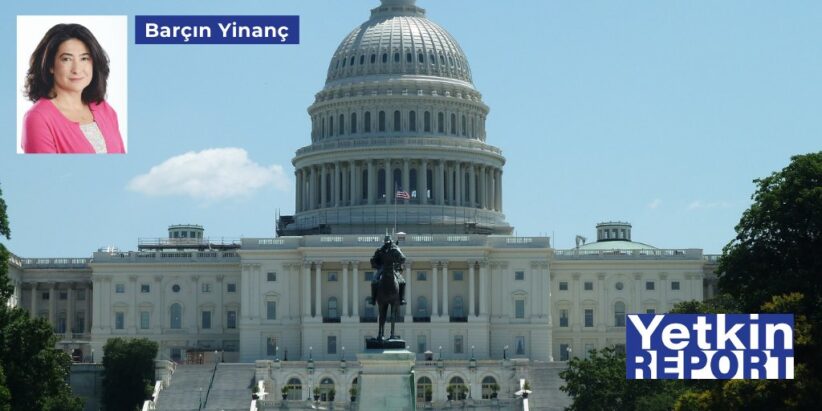 You might recall in the weeks after the Azerbaijani-Turkish assault on Artsakh was halted, the Turkish government made indications it might finally be ready to start a normalization of relations process with Armenia. However it is quite convenient that rumor of such a diplomatic flourish could be coming at a time when, having exhausted all its typical reasons for preventing recognition of the Armenian Genocide by the United States, and with a Biden administration which reaffirmed its determination to recognize it, apparently Turkey sees this tantalizing carrot as a last ditch effort to prevent such recognition. However April 24 is fast approaching, and any breakthrough intended to coerce Biden to break his promise would need to come quickly.

I'm sure Armenia will be even more excited to normalize relations with Turkey when its presented as part of a cynical plan to prevent genocide recognition https://t.co/6d7nYg9i6F

Conflict journalist Jake Hanrahan has released a documentary “Ghosts of Karabakh” filmed this winter in Artsakh about the the war crimes and human rights violations of the war. However, the video has been “flagged” by YouTube for containing “inappropriate or offensive content” and cannot be viewed unless a user creates an account. While YouTube has yet to respond to Hanrahan about their reason for this lockdown, this usually occurs after being flagged as objectionable numerous times, presumably in this case by Azerbaijanis.

Ghosts of Karabakh is out now: https://t.co/Mlqa2deFaH

At @PopularFrontCO we spent a week on the frontlines in #NagornoKarabakh / #Artsakh to see how people are living amidst the uneasy ceasefire between #Armenia and #Azerbaijan. The war has been brutal.

Cyberwar is difficult to understand – given all the anonymous accounts out there. But then add to it the bot accounts… and, well, it just gets harder. This analysis of accounts shows that it was mainly Azerbaijani bot accounts which replied to news of Twitter’s takedown of a couple of dozen accounts it purported to be a small Armenian bot factory. More than half the accounts were created in July 2020 or later and almost all of them have repeatedly spammed identical anti-Armenian hashtags. Armenians have been suspicious of why Twitter made such a prominent declaration of taking down a few alleged Armenian accounts (at least one of which had “parody account” purposefully in the name) and yet has completely ignored the long-standing and coordinated Azerbaijani bots.

In an interesting twist, @TwitterSafety's latest takedown announcement was greeted with a barrage of replies and quote tweets containing the hashtag #ArmenianGovernmentTrolls (and frequently no other text).

A few moments from President Aliyev’s visit to the Hadrut region of Artsakh has gotten a lot of play in Armenian social media. Aliyev raised the flag in what was described as “liberated Hadrut”, despite the fact there were no civilians to witness it as all of its residents had been ethnically cleansed in the “liberation”.

Hadrut has been an Armenian-populated town throughout its history until the war, and the last time it was all over social media was when a video leaked in October showing the execution in the middle of the town square of a few captured Armenian civilians who had not fled.

Also causing great concern from the trip was a visit to what the report referred to as an “Albanian church”, in actuality Tsaghkavank of Tsakuri village (renamed Hunarli by Aliyev). Aliyev pointed out a carving on the church, implying that it was placed there on purpose in order claim it is an Armenian church, despite the fact it is covered in medieval Armenian inscriptions.

As I predicted in November, Azerbaijan is moving now to polish out medieval Armenian inscriptions on captured churches. Earlier today, Dr. Ilham Aliyev (yup, the man who wiped out 28,000 medieval monuments in Nakhichevan has a PhD in history!), proclaimed the inscriptions “fake” https://t.co/jQhrnUM8Uo pic.twitter.com/lJTEwqwN7X

He was quoted as declaring “…All these inscriptions are fake, they were made as a result. They created for themselves on our ancient lands falsified history. But they could not achieve this, we exposed them. The fact that this church – the Albanian temple – is in such a state, once again demonstrates the falsification of the Armenians.”

Speaking of Aliyev, frightful news that an exiled Azerbaijani blogger in Nantes, France has been stabbed 16 times and his tongue was attempted to be cut out. Such a “crime of passion” leaves little doubt the motive is related his standing with the regime, especially the symbolic cutting of his tongue. Perhaps a reminder of why during the war suddenly many exiled “peace activists” who had been persecuted by Aliyev’s regime suddenly began celebrating him and the war…? A stark reminder that distance is no guarantee of safety from Aliyev’s reach.

This week saw a momentous anniversary, the 100th anniversary of the assassination of genocidal mastermind Talaat Pasha by Soghomon Tehlirian. Unfortunately, many Turks marked the day with tweets celebrating his legacy and honoring him as a “savior of the Turkish nation”.

Thread of Turkish politicians, journalists and academics honouring the memory of Talat Pasha, one of the orchestrators of the Armenian Genocide.

These are worrying instances of Armenophobia and must be documented. I hope one day these people will be held responsible for this.

Those tweeting were not random trolls but noted Turkish politicians, academics, and journalists, such as Ümit Özdağ who has nearly 1 million followers. There is even a video made at Talaat’s grave from a leader of the TGB, a Turkish left-wing nationalist, Kemlalist, revolutionary youth organization closely associated with the party of the notorious Talaat-philic politician Doğu Perinçek:

The general sentiment that, like a hydra, while one Talaat was murdered, a thousand have sprung up in his place.

Some Armenian assessments of this scene celebration over a mass murderer:

During the genocide, mayors, governors and statesmen who opposed the unionists and stood up for Armenians resigned their posts. There's no mention of them but the orchestrators of the genocide are glorified because it is necessary to keep this nation in a position to do it again.

The most mind-blowing thing about Turks commemorating and glorifying Talaat Pasha, the main perpetrator of the Armenian Genocide, is the fact that after WWI Talaat was tried in absentia in Constantinople by the Turkish gov., found guilty of massacres, and was condemned to death.

After such a depressing and disconcerting round-up, a palate cleanser is certainly in order. Enjoy this video of the Japanese foodie influencers TabiEats sampling their first ever tastes of Armenia such as herbal tea, pumpkin seeds, walnuts, dried fruits, and more from Ararat Box.