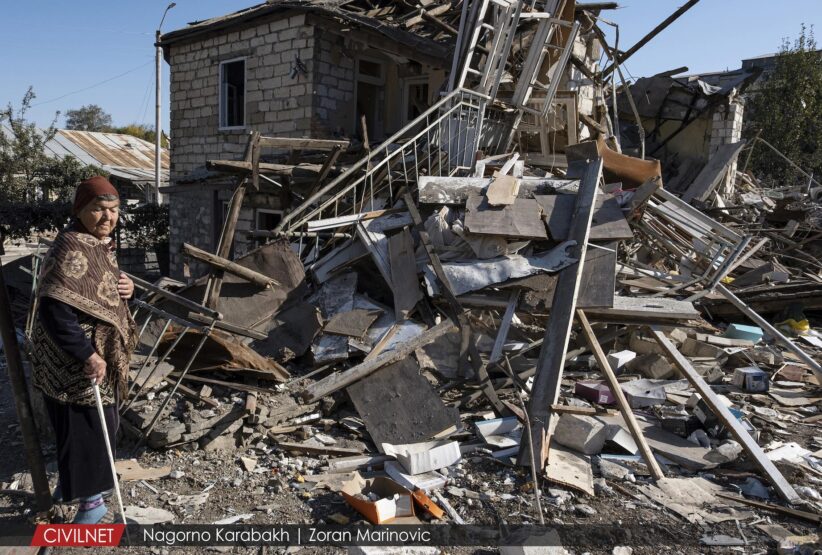 A joint sitting of the Security Councils of Armenia and the Artsakh Republic was held in Yerevan on March 25 under the chairmanship of Prime Minister Nikol Pashinyan and President of the Artsakh Republic Arayik Harutyunyan. The meeting led to the announcement of the construction of 2,000 new households for those displaced from Karabakh territories currently under Azerbaijani occupation, including Hadrut and Shushi.

The funding for these initiatives will come from the All-Armenian Fund and the Armenian government.

Harutyunyan stated that Artsakh’s “main problem at this stage is housing. In terms of social payments, I think the problem will be solved in a few months, and no Artsakh family will have a problem with food, as the subsidies and the lump sums are enough for the time being. But we have a lot to do in terms of building housing, providing jobs, and providing income.”

“At the moment we have quite tangible results, but, of course, the volume of work is very large and it is important that we express our political determination and commitment to the full implementation of this task and talk not only about the restoration of normal life in Artsakh but also about further development,” stated Pashinyan during the meeting.

President Harutyunyan thanked the Armenian government for the social programs it has been  implementing in post-war Artsakh․ “The results can be seen as the majority of the population, about 120,000 citizens of the Artsakh Republic, live in Artsakh today. In terms of everyday life, it seems that they have managed to provide everything they need.”

According to Harutyunyan, up to 30,000 Artsakhis are in Armenia, and some have emigrated out of the country.

On March 24, the Armenian government announced that it will extend a social assistance program for the victims of the 2020 war by three months.

Minister of Labor and Social Affairs Mesrop Arakelyan mentioned that the program has been operating since December. The citizens of Armenia and Artsakh, who are temporarily hosting displaced people receive roughly $50 for each adult they support.

According to the minister, about 3,000 hosts receive support monthly, and they host more than 7,000 citizens.

Armenia & Artsakh Will Build 2,000 Homes for the Displaced