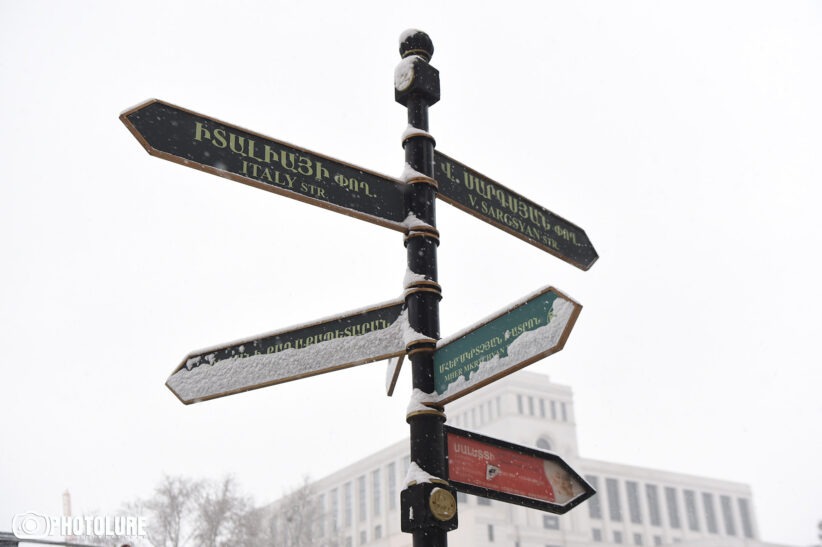 Just like most societies around the world, the Armenian diaspora is transforming in ways not seen for a century and in some ways unimaginable only a few years ago.

These transformations have just been exasperated by the defeat of Armenia in the 2020 Artsakh war.  As unpleasant as divisions might be, we must accept them as a sign of a healthy society challenging its basic assumptions and the birth pains of a new conception and understanding of what it means to be an Armenian in the 21st century.

While many will argue that the divisions outlined are simply political in nature, they are in fact indicative of a far wider cultural divide regarding the acceptance or the rejection of a new conception of what it means to be an Armenian in the diaspora. These cultural divisions are also the lens by which the current Armenian political struggle is seen by the diaspora.

The most consistent worldwide trend today is that all forms of authority are being challenged. This includes religious institutions, political parties, cultural organizations, the military, big business, and “traditional” family structures. There are many reasons for this, but the primary drives are that large numbers of people especially among the younger generations across the world have come to believe that these traditional institutions do not have answers to the crisis facing our contemporary world.  Many actually see traditional sources of authority as having betrayed the current generation of young people.

In the case of the Western diaspora many among the younger generation, like their non-Armenian cohorts, have come to understand that they will have less economic security and prospects than their parents’ generation.ll around them they observe the systems of authority as being incompetent and inept, recently exemplified by the disastrous response to the Covid crisis in almost every western country. The traditional leadership is perceived to be unable or unwilling to deal with catastrophic challenges like climate change, mass migration, failing education systems and lack of middle class jobs.

This great transformation has reached the front door of our Armenian communities all over the world, especially in the West where people enjoy greater political freedoms. The younger generation of politically active Armenians in the diaspora does not see any of our traditional institutions either speaking for them or being responsive to their needs and their ideas.

This detachment, however, does not mean they do not care about their community or what happens in Armenia.  They see being Armenian as part of a larger struggle of rights, and they are in solidarity with other persecuted groups from around the world. They see Armenians as just another one of the crucified peoples of history and not Europeans that happen to live in the wrong part of the world.  In ideological terms, they identify far more with the Armenian flavored internationalism of a Monte Melkonian than the blood and land nationalism of a Garegin Njdeh.

Unsurprisingly, the progressive younger Armenian diaspora was the strongest supporter of the 2018 revolution abroad.  All the while the traditional diaspora organizations were busy trying to save the old regime until its end became inevitable.

A fact that went unnoticed last year was that during that summer’s anti-police violence uprising/riots in the United States, young Armenians were active in the front lines of both the Black Lives Matter protests and in the Covid period “Cancel The Rent” movements.  All the while, the older generations were very much identifying with the other sides of these struggles.

What was seen as contradictions for the diaspora of the past generations is now the lens in which younger generations perceive their own identity as Armenians.

The push back against this generational divide by the diaspora that is more traditionally minded has been very harsh. Traditionalists correctly see the new generation and their progressive ideas as an existential threat to the traditional concepts of what it means to be Armenian.

Prior to the war this reaction manifested itself in attacks or complaints about the perceived Western-style liberalism of the Pashinyan’s government in its support for women’s rights and tolerance for LGBT Armenians.  In reality, these positions were being greatly exaggerated.  Regardless, traditional minded Armenians saw these ideas as anti-Armenian and pushed by nefarious foreign funded NGOs to destroy traditional Armenian institutions and traditional moralities.

What eventually made these divisions into a chasm was the defeat in the 2020 Artsakh War — an event which until the signing of the ceasefire deal had actually for 44 days united Armenians across all these ideological divisions.

Since then the war has become the symbolic tool used in our communities’ current culture war used by each side to advance their arguments and to make their case as to why theirs is the correct path to follow.

The traditional minded diaspora Armenians blame the defeat on either the incompetence or treasonous actions of the current government. They claim that the Pashinyan government is too western and liberal and was moving the country dangerously out of the Russian orbit while supporting movements that undermined traditional Armenian values. In some extreme cases, they actually blame the democratization process of the country itself as a reason for our defeat. Most importantly they ideologically place the reasons for the defeat as a lack of fidelity to the older conceptions of patriotism and Armenianness.

A prime example of the disconnect between the traditionalist diaspora leadership and the progressives was the collaboration of the traditionalists among the diaspora’s different religious, political and civic leadership in asking for the resignation of the Pashinyan government. These calls  were met with indifference in Armenia itself and seen by the progressive diaspora as an attempt by reactionary forces to use the war to undo the post revolution democratization of the Armenian state and society.

The younger or more progressive-minded Armenians in the diaspora  blame the defeat on 25 years of incompetence and corruption. In their view the corrupt political class did not allow Armenia to build a competent and just economy, a real working state or a functional military.  In many cases they blamed the leadership of our traditional diaspora institutions as being complicit in the corrupt regimes of Armenia.

There is little doubt which side is likely to win this culture war.  The forces of social liberalism have, in the long run, always crushed their traditionalist opponents in almost every western country in the world.

It is important for all of us to understand that these kinds of culture wars are luxuries only larger nations can afford. It is imperative for our diaspora institutions to begin asking the hard questions as to how they can engage the younger generation in ways that are responsive to their needs and ideas.  At the same time they should become real partners in the process of democratic state building in Armenia and avoid being used as the handmaidens of an Armenia based kakistocracy.

Reformers have to understand that however our nation is to be transformed it needs to be done our way.  We do not need to become a copy of a copy. We can become more tolerant, open minded and work in solidarity with others while preserving the uniqueness of our cultural traditions.

Our collective task is to create this synthesis where the fresh ideas of the new generation are married to the best of our cultural traditions.  This is the only way to ensure the long term survival of the Armenian diaspora, at the same time establishing real partnerships to build a functional, democratic and prosperous Armenia of which   we can all be proud.

2,000 Homes to be Built for Displaced Families From Artsakh

Armenian Game Zone: virtual and board games produced in Armenia