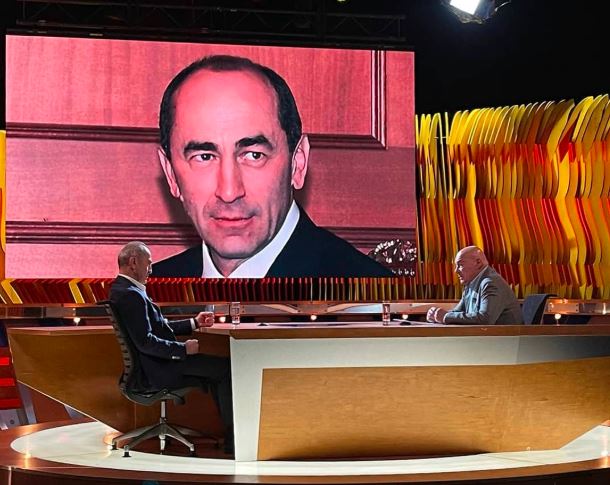 Asked if he would seek to overturn the outcome of last year’s war with Azerbaijan, Robert Kocharyan responded that “the Armenian army is currently in such a state that no person in sound mind will be thinking of revanche.” The former president was interviewed by Vladimir Pozner in the program that aired on Russia’s Channel 1 on April 5.

At the same time, Kocharyan believes it is possible to seek the return of some of the areas that were part of the Soviet-era Karabakh autonomous borders, and now controlled by Azerbaijan and ethnically cleansed of Armenians, through negotiations.

“If we want to end this conflict, we have to have a solution that is just,” Kocharyan said without specifying what that means; otherwise, unjust peace will not last long, he added.

Echoing the rhetoric of the Armenian government, Kocharyan praised the role of Russia and its leader Vladimir Putin in putting an end to the fighting last November.

Kocharyan led Nagorno Karabakh during the Armenian victory in the 1992-94 war and subsequently served as president of the Republic of Armenia from 1998 to 2008. According to opinion polls, he is the leading challenger to the incumbent prime minister Nikol Pashinyan in the early election expected on June 20.