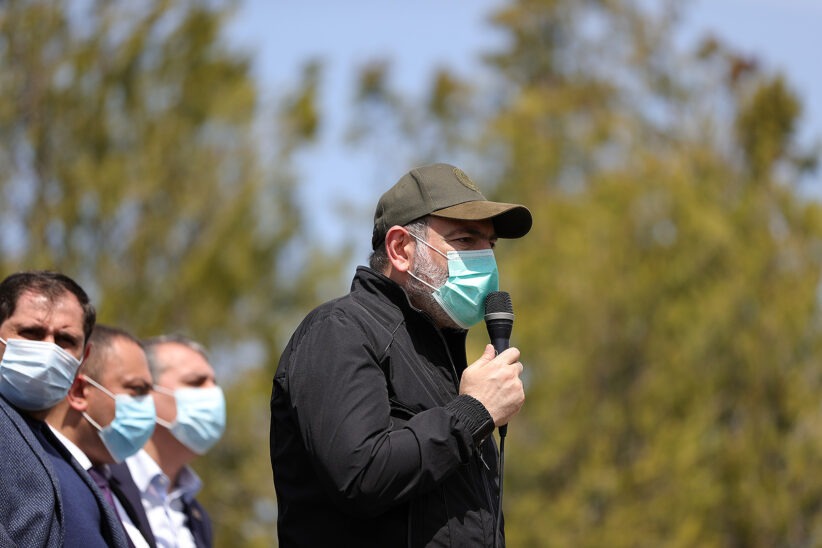 “The pre-election campaign period begins seven days after  the deadline set by this Electoral Code for the registration of party lists and candidates running in the elections, and ends one day prior to the day of voting. ” This is an excerpt from Armenia’s Electoral Code.

“All people are equal before the law, there will be no privileged people in Armenia, period. Henceforth, the election results will not be falsified. Election bribes will not be distributed, period.” This is an excerpt from Nikol Pashinyan’s speech in the National Assembly on May 8, 2018, when he was nominated for the post of the prime minister by the Yelq bloc.

Pashinyan, who as a member of opposition was decrying electoral fraud, has now begun his pre-election campaign as a privileged ruler in power. Over the weekend, in his status as prime minister, he paid another regional visit, this time to Vayots Dzor province. Pashinyan claims these visits are not tied to his campaign.

Armenia is set to move forward with extraordinary parliamentary elections on June 20. It is not clear which candidates and parties will be running against Pashinyan and his party.

Despite the internal and external turmoil, Pashinyan’s campaign is built on these manipulative issues: to reduce the term of military service, to create an academic city, etc.

These ideas and distortions are incompatible with the public activities of a country leader, even if it is done within the framework of the pre-election campaign that hasn’t officially kicked off.

Here is a statement that Pashinyan made on Saturday, April 17․

In other words, Pashinyan is trying to build an impression with the ordinary citizen-voter that the fundraising is the result of trust in him. The war and the remaining factors don’t matter for him. A war, the outbreak, course, and end for which Pashinyan has the greatest share of responsibility and guilt.

Pashinyan’s public communication strategy is very clear: it has no moral restrictions.

It can easily be placed in the realm of reverse morality.

In January of this year, he said calmly and without restraint that “there has never been a return of POWs on such a large scale.” In other words, he turned the terrible human tragedy and his political inability to return the captives into statistics.

In legal terms, the electoral process has not yet begun, since the procedures stipulated by the Constitution have not yet been taken, starting from the resignation of the prime minister. However, the problem is that the current government has made political commitments to eradicate election fraud and ensure just competition, which it turns out, Pashinyan is now ignoring himself.

Over Half of Armenians Not Intending to Get Vaccinated, According to New Survey