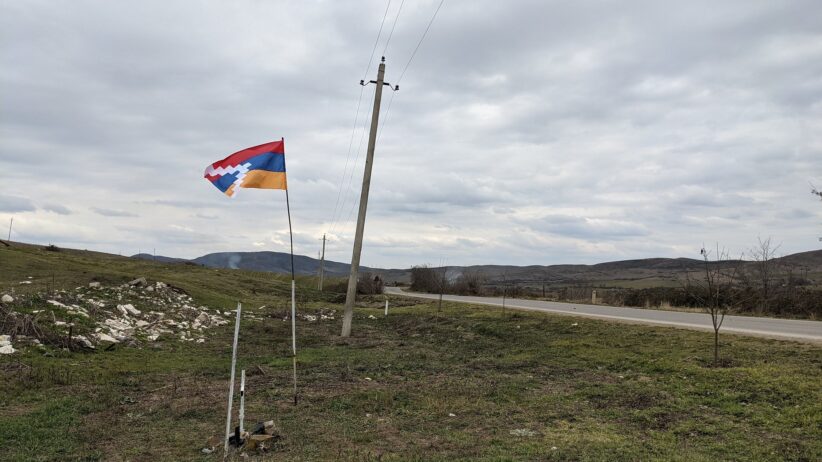 The European Union has released a statement calling for the immediate release of all POWs and detainees captured in the context of the 2020 Nagorno-Karabakh War.

The statement calls for the return of all remaining prisoners of war and detained persons, “regardless of the circumstances of their arrest.”

On top of this, the statement stressed that the “Court’s case law has clearly established that States Parties to the European Convention on Human Rights are under an obligation to comply with interim measures.”

The statement went on to urge Azerbaijan to provide outstanding information requested by the European Court of Human Rights.

The EU statement did however welcome the holding of the ceasefire and positive developments such as the recovery of human remains and providing humanitarian assistance to populations affected by the conflict.

The issue of landmines was also mentioned, with the statement calling for both sides to cooperate on this issue.

The EU statement reiterated that “renewed efforts are necessary to build confidence” between Armenia and Azerbaijan, in order to work towards a lasting negotiated peace.

Whilst at the same time the statement urged Armenia and Azerbaijan to refrain from hostile and provocative rhetoric.

The statement was put out after the 1402nd meeting of the Committee of Ministers on April 28, 2021.

Nearly six months on from the end of the Second Karabakh War, Azerbaijan still holds hundreds of Armenian POWs. Siranush Sahakyan, the lawyer representing the families of the POWs, has stated that that number is likely over 200.

Human Rights Watch has highlighted issues of abuse regarding Armenian captives in Azerbaijan, stating in a recent report that there is evidence of physical and psychological torture.

The Culture of Authoritarianism and Democratic Development: A Talk With Georgi Derluguian