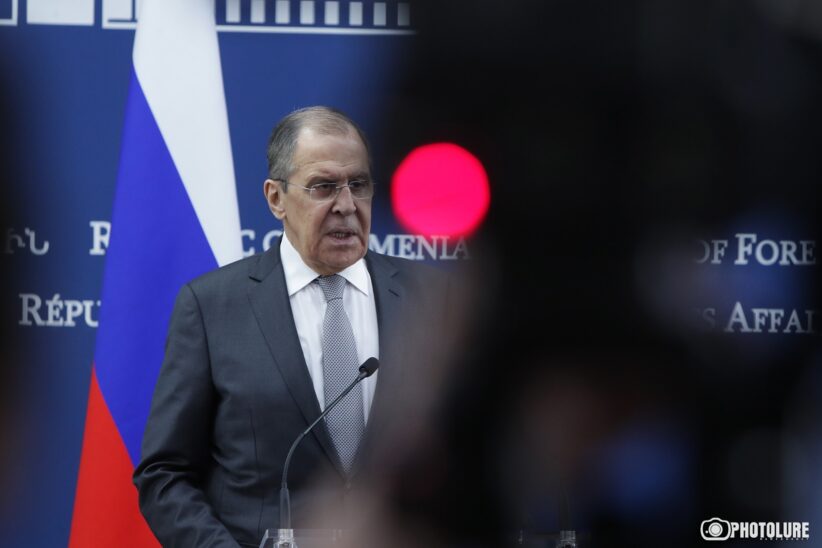 Russian Foreign Minister Sergey Lavrov stated again in a June 9 press conference that the issue of the status of Nagorno-Karabakh needs to be resolved at a future date, adding that Armenia and Azerbaijan first need to build trust and learn to live side by side.

The status of Nagorno-Karabakh pertains to what sort of entity it will be if and when a peaceful resolution of the conflict is reached. Karabakh could have a status as an independent state, a region of Armenia, an autonomous region, or some other formulation.

“[The question of status] should be finally agreed on with the participation of the OSCE Minsk Group Co-Chairs, who at this stage should probably not raise the issue, but contribute to strengthening confidence-building mechanisms.” Lavrov said.

The OSCE Minsk Group is a body founded in 1992, to encourage a peaceful resolution of the Nagorno-Karabakh conflict, and consists of three co-chair countries, France, the US and Russia.

Lavrov noted that when trust-building mechanisms are in place, then the status question can be raised.

In January 2020, Lavrov had already made a statement in which he had said that the issue of status “remains for the future.” And in response to a question posed by an Azerbaijani journalist during the same month, the Russian foreign minister responded that no one can deny the connection between Armenia and Nagorno-Karabakh.

Lavrov furthermore said that separating Armenia from Nagorno-Karabakh has not been discussed during any negotiations and that Azerbaijan is in agreement on this issue.

According to him, the lack of major violent incidents in Karabakh is a positive trend, and it’s not impacted by tensions in some parts of the Armenia-Azerbaijan state border.