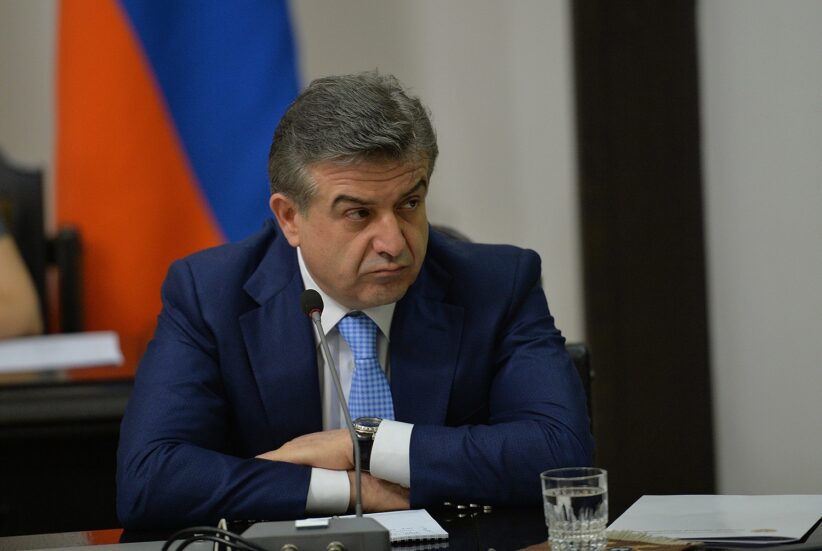 Robert Kocharyan, Armenia’s second President and leader of the Armenia Alliance electoral bloc,  stated in an interview today that if his alliance wins the elections on June 20, he will offer a government position to former Prime Minister Karen Karapetyan.

Yesterday, Karapetyan issued a statement endorsing the Armenia Alliance, adding that Kocharyan is the leader that can take Armenia out of the current crisis.

The next day, on June 15, during a meeting between Kocharyan and Karapetyan at the central headquarters of Armenia Alliance electoral bloc, Kocharyan expressed regret over the departure of the former head of government on May 8, 2018, just under one month after former President Serzh Sargsyan resigned in the midst of Armenia’s 2018 “velvet revolution”.

Kocharyan added that he regularly communicates with the former prime minister.

“I am sorry he left. I think what happened was simply not right. In any case, there will be a proposal from me,” Kocharyan said.

Karapetyan served as Prime Minister of Armenia from 2016 to 2018. He again served as prime minister for less than one month after former President Serzh Sargsyan resigned and before current acting Prime Minister Nikol Pashinyan took power. He furthermore served as Mayor of Yerevan from 2010 to 2011.