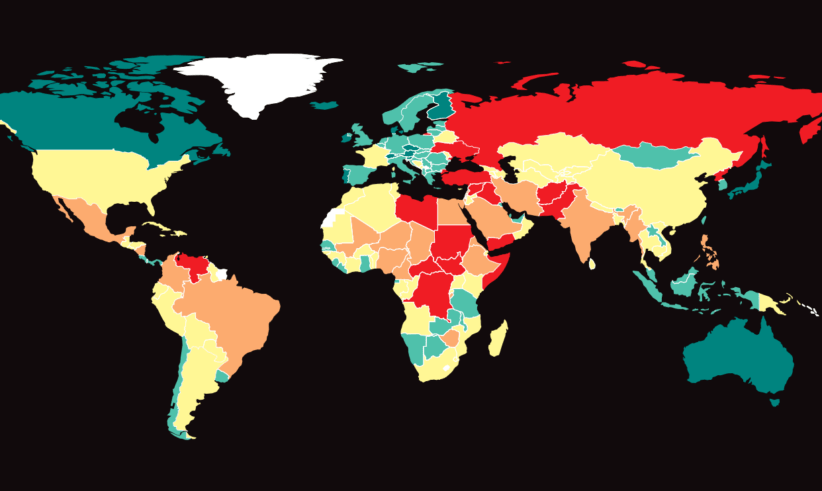 Armenia has dropped 16 places in the 2021 Global Peace Index, seeing the third largest decline this year after Sri Lanka and Liberia.

In the 2020 Global Peace Index, Armenia increased its rank by 15 places, landing on 99th place.

The Global Peace Index is an annual report by the Institute for Economics and Peace, a Sydney-based think-tank, which ranks the countries of the world based on levels of peacefulness.

The Second Karabakh War is cited as the cause for Armenia’s decline.

“The number of people killed in the conflict is disputed, but most estimates suggest that at least 4,000 Armenian troops were killed, with almost 3,000 Azerbaijani casualties, including over 500 Syrians fighting on the Azerbaijani side,” the report reads.

The index includes a number of factors in its methodology, including number of deaths during an armed conflict, political instability, terrorism, homicide levels, military expenditure, incarceration rates, number of refugees and IDPs, duration of conflicts, crime levels and many others.

In the 2020 report, Armenia and Azerbaijan saw the first and second largest improvements in terms of peacefulness globally.

The report cited improved relations between the two countries, the success of the ceasefire between 2017 and 2019, and the 2018 “velvet revolution” as reasons for the dramatic increase in 2020.

Opposing the Current and Former Powers of Armenian Politics