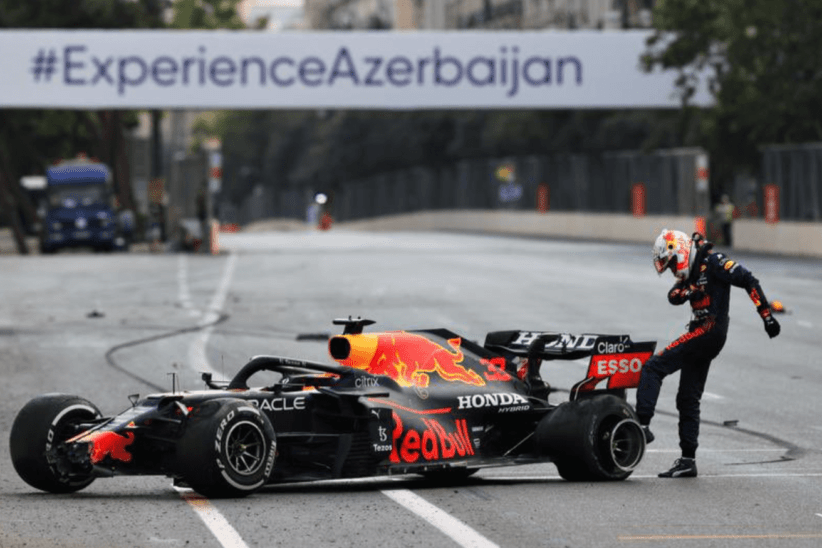 While the news in Armenia has been completely focused on Sunday’s parliamentary election, neighboring Azerbaijan has been preoccupied by multiple international sporting events. Azerbaijan’s annual hosting of a Formula One race has been controversial since it began in 2016 due to what is seen as rewarding a nation with a dismal human rights record.

Such protests became louder this year in the wake of the war Azerbaijan launched against the Armenians of Karabakh in 2020. The race was held last week, soon followed by Baku’s hosting of UEFA Euro 2020 football qualifiers as well. These events are important for Azerbaijan to bolster its image internationally, something it sorely needs after the recent war. Yet they are also opportunities to shine a spotlight and put pressure on the regime for those very things, a tradition going back to its very first major international events such as the “Sing for Democracy” campaign during Eurovision 2012.

The Baku Grand Prix with its slogan of #ExperienceAzerbaijan did in fact become a viral sensation online, but perhaps not for a reason the organizers would have hoped:

With all the controversy and negativity surrounding Aliyev’s Azerbaijan, this almost too picture-perfect photo became an instant sensation, amassing nearly 50,000 ‘likes’ on Reddit.

As for Euro 2020, another scandal soon broke:

What was particularly strange is that Arustamyan said he never had plans to visit Baku in the first place, but to cover Euro 2020 matches in other countries, and yet UEFA (the Union of European Football Associations) denied his accreditation everywhere. Immediate pressure was brought over this case and Arustamyan’s blanket ban on countries besides Azerbaijan was lifted, at which time he alluded to the many other cases of outright racism faced by those of remote or even merely suspected Armenian ancestry who attempt to visit Azerbaijan thanks to its infamous “Black List”. “My case shows: the authorities of Azerbaijan as a state has zero tolerance towards Armenians worldwide… I will not give hundreds of examples when people with twenty-five percent of Armenian blood, with a passport of another country have not been able to enter Azerbaijan just because of their surname.”

As soon as his case was resolved however, two other Armenian journalists also received similar bans by UEFA, which is sponsored by SOCAR (the State Oil Company of Azerbaijan) and seems to be acting out of deference to it:

Another story which has started to get attention in light of the tournament is that of Rasim Aliyev, as reported in Sports Illustrated by Grant Wahl. In 2015, Aliyev criticized a leading player from the Azerbaijani national team who at a match raised the flag not of Azerbaijan but Turkey, with which he taunted the fans of a visiting Cypriot team. Aliyev, who was the chair of an organization that made efforts to protect Azerbaijani journalists, criticized the player for his lack of manners, and immediately found himself inundated with threats from the player and his relatives. Just hours later, Aliyev was attacked by the player and hospitalized, from where he gave an interview, stating he was feeling better and would be released soon. Hours later he was dead.  Aliyev’s colleague state that when a famous journalist is arrested, the decision comes straight from President Ilham Aliyev. Colleagues believe that the journalist was murdered by the Azerbaijani government with assistance from hospital staff. The article paints a chilling picture of Azerbaijan as a place where free speech is non-existent and activists are being watched at all times.

Radio Free Europe’s main Twitter page shared emotional photos from a recent Red Cross facilitated opportunity for the families of some Armenian POWs to see video messages from them.

Happily, just days earlier 15 of the POWs were sent home after negotiations facilitated by Georgia along with visiting US Acting Assistant Secretary for European and Eurasian Affairs Philip Reeker. The release was lauded by US Secretary of State Antony Blinken, though many more Armenian prisoners are still being held.

To wrap up, we will leave you with two fascinating bits of Armenianness. First:

And second, this viral story about a chance ride in an Armenian taxi proves yet again what a small Armenian world it really is:

Healing, growth and transformation. A conversation with Dr. Ani Kalayjian