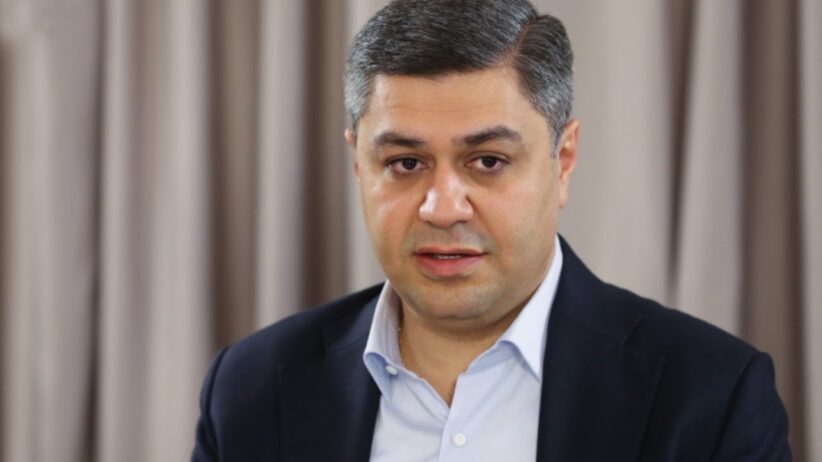 Leader of I Have Honor Alliance Artur Vanetsyan

Artur Vanetsyan, the leader of the I Have Honor Alliance which won seven seats in Armenia’s next parliament, has stated that he is in discussion with other parties on potentially disputing the June 20 snap parliamentary election results in the country’s Constitutional Court. Vanetsyan stated this in a press conference on June 23.

The I Have Honor electoral bloc garnered 5.23% of votes in the 2021 legislative elections, and is led by former National Security Service head Artur Vanetsyan. Two other major figures in the bloc are former President Serzh Sargsyan and former Yerevan Mayor Taron Margaryan.

Despite not passing the 7% necessary threshold to enter parliament, the bloc still enters parliament because Armenia’s electoral code stipulates that a third force must enter parliament regardless of its performance in the election. Prime Minister Nikol Pashinyan’s Civil Contract Party came in first and second President Robert Kocharyan’s Armenia Alliance came in second.

“I haven’t said that we accept the election results, all the violations that took place are being collected, the issue of applying to the Constitutional Court is being discussed with other political forces,” Vanetsyan said.

When asked by a reporter whether Vanetsyan himself will take up his seat in parliament, he responded that he will go to parliament and “not leave his team alone.”

Also Watch: Why did Pashinyan win?

On June 21, one day after the election, the Armenia Alliance electoral bloc of former President Robert Kocharyan announced that it would apply to the Constitutional Court, regarding the validity of the election results, citing widespread violations and discrepancies.

“The bloc is launching political consultations with other forces who participated in the elections to discuss the possibility of applying to the Constitutional Court together,” the bloc’s statement read.