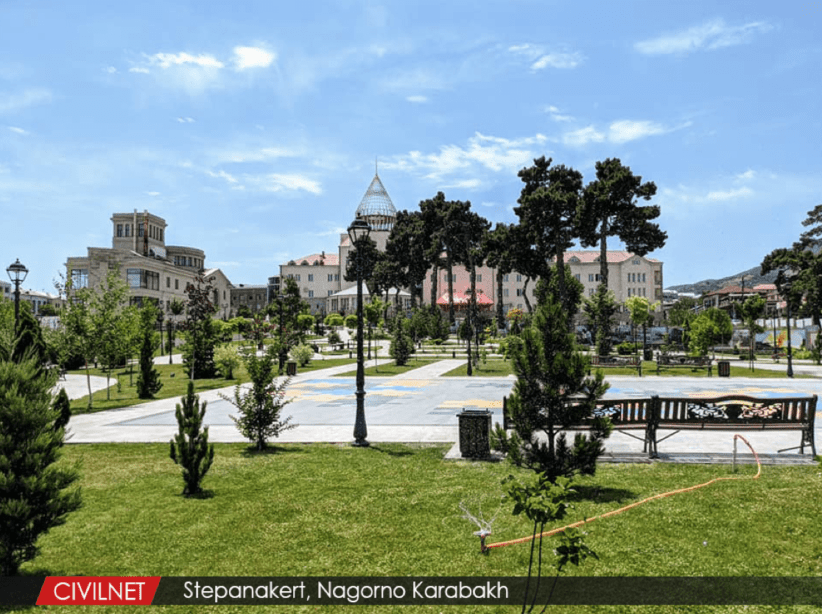 Traces of war are quickly disappearing in Karabakh’s capital Stepanakert. The population of the city continues to grow considerably, partly due to incoming migration from Artsakh territories that are currently occupied by Azerbaijan. There are even traffic jams during rush hours.

The open-air grills on the balconies of multi-story buildings are gone, but life goes on. Birthdays and other special occasions are being celebrated, and the city’s restaurants and grill houses are busy again.

Most importantly, there have been serious changes in the psychology of Artsakh residents. They have started to live life more fully, living each day with a purpose. As they say, who knows what tomorrow will bring? They have also acquired a healthy amount of cynicism. Artsakh residents have also acquired an extra dose of intolerance towards social injustice. I’d say an aggressive intolerance for injustice.

On the streets, the most common question is “Where was your son during the war? Where were you? Where were your relatives?” This question is being asked especially to current or previous officials, to those who have received new offices, and those who like to shout out about patriotism with or without a reason.

Now, people take the government’s patriotic rhetoric and emotional speeches with a grain of salt. People think, compare, analyze. They say “We were deceived like a child.”

For decades, Artsakh’s ordinary citizens lived a difficult life, hardly making ends meet. But they never rebelled against injustice, silently enduring the hardships, thinking that they should not create additional obstacles for a country and a government that exists under the constant threat of war.

But as it turned out, there was never any safety or security. Their sacrifice had been meaningless, since all the while the government officials had been living a completely different life, a lavish one, at the expense of the ordinary citizen’s difficult lives.

And now people are lamenting and are trying to somehow avenge those who betrayed them, by asking them, “Where were you, your son, your family during the war?”

Armed with this new mental state, people continue to live on their land, which is gradually returning to its tracks. The international symposium of arts, Dizak and the 2021 Tech week Artsakh were held recently. Artsakh athletes register success in various sports. The traditional Vardavar was celebrated in Ariavan Aghavno, with traditional dance classes, games and tea drinking ceremonies.

In a word, Artsakh keeps living.

Can Aliyev’s tactics be used against the Azerbaijani government?