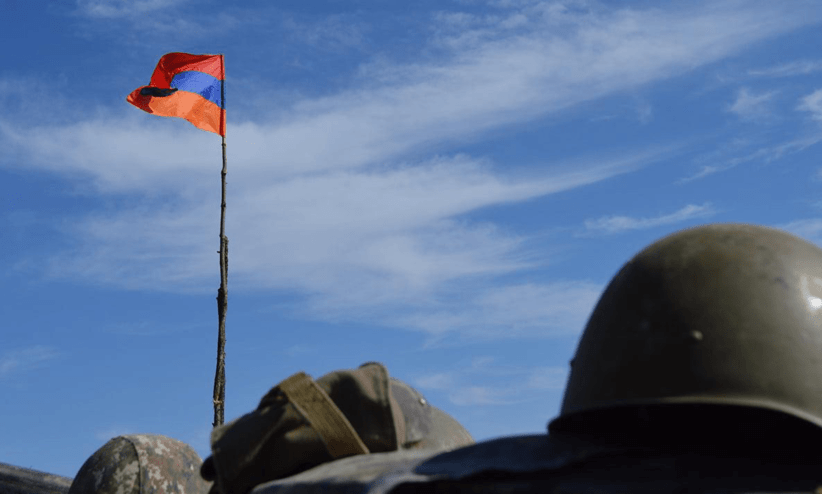 One Armenian soldier has died in the latest border skirmish along the Armenian-Azerbaijani border, amid escalating rhetoric on both sides. The July 14 shoot-out near the Armenian village of Yeraskh, situated on the border between Armenia and the Azerbaijani exclave of Nakhchivan, left one Armenian serviceman dead and caused an unspecified number of “losses” among Azerbaijani troops, according to the countries’ respective defense ministries.

Border tensions between the two countries have been especially high since mid May, when Azerbaijani forces crossed into the easternmost parts of Armenia’s Gegharkunik and Syunik regions. In Syunik, they advanced roughly 3.5 kilometers into Armenian territory, toward Sev Lich (Black Lake).

The same day as the latest border incident, Azerbaijani President Ilham Aliyev warned Armenia “not to make another mistake,” in an apparent attempt to pressure Armenia to negotiate a peace treaty. The two sides signed a Russia-brokered ceasefire on November 10, 2020, concluding last year’s war.

“Armenia should think carefully” before deciding not to sign a peace treaty, Aliyev said, “because otherwise it will be too late.”

Aliyev also reiterated previous claims that parts of today’s Republic of Armenia are historic Azerbaijani territory. “We will return there and we are returning there. Nobody can stop us. We will definitely return there because there is no other way,” he said.

The Armenian region of Syunik is often called Zangezur in Azerbaijan, while Goycha refers to the region around Lake Sevan, corresponding to today’s Gegharkunik region. Irevan is the Azerbaijani name for Yerevan.

The border between Armenia and Azerbaijan officially remains undelimited and undemarcated, as does the Armenia-Georgia border. In Soviet times, those borders were internal, and so officially defining the borders between the union republics was not an issue of concern for the authorities in Moscow.

Delimitation refers to the process by which a border is legally defined, while demarcation involves the process of physically marking a border, such as by building a fence or wall, according to the Organization for Security and Cooperation in Europe.

Last year’s 44-day war between Armenia and Azerbaijan in and around Karabakh left over 6,000 dead and thousands more injured and displaced on both sides.