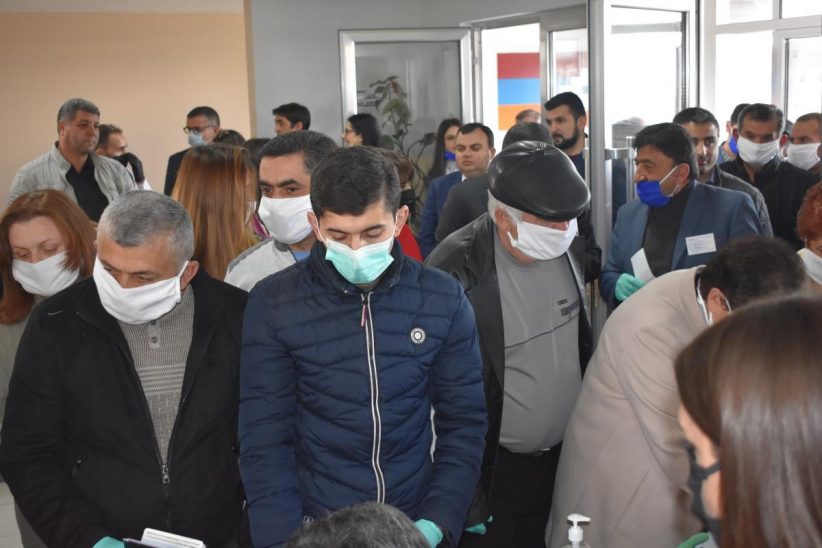 Nagorno Karabakh has reported its first case of COVID-19.

According to a press release, two tests were sent to Armenia after susected infections on April 6. One of them has come back positive.

According to the Nagorno Karabakh Health Ministry, the infected individual returned to Nagorno Karabakh from Armenia, where there are already 853 confirmed cases and 8 deaths. The second person tested is his neighbour, who was taken to the same unit because of breathing issues.

Seventeen citizens who had been in contact with him in the past few days are now in self-isolation.

The village where the infected individual lives is 89 km from Karabakh’s capital of Stepanakert. The Health Ministry says after isolating citizens, the situation is now under control.

“In order to avoid false and unverified news, we once again urge you to follow the official news, which is presented through the information headquarters of the interdepartmental commission coordinating the prevention of the spread of the new coronavirus,” reads the ministry’s statement.

On March 31, simultaneous parliamentary and presidential elections were held in Nagorno Karabakh.

The elections took place despite serious concerns about the spread of COVID-19 in Nagorno Karabakh. The authorities in Stepanakert, which did not record any coronavirus cases back then, dismissed calls for the postponement of the elections made by several presidential candidates and prominent public figures in Armenia. More than 300 observers and journalists came from Armenia to monitor the election.

About 77,000 or 73% of eligible voters participated in the presidential and parliamentary elections in Nagorno Karabakh.

Pashinyan and Putin Discussed the Price of Russian Gas for Armenia