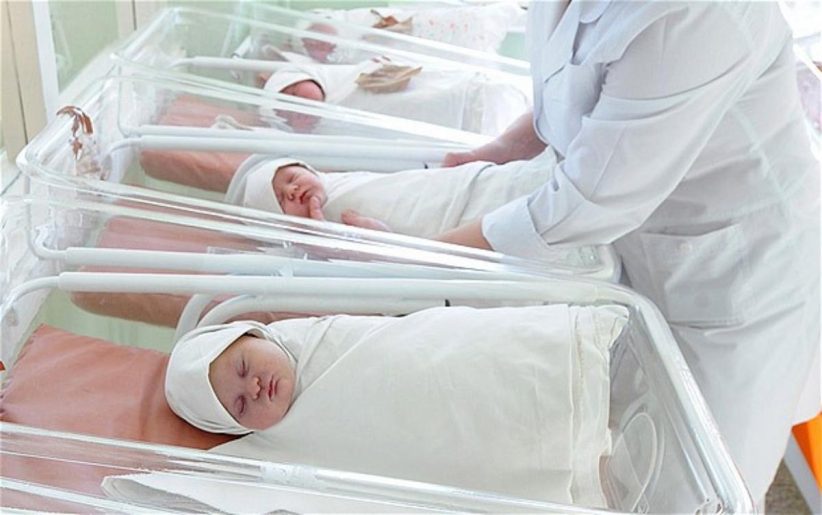 During the survey, which was conducted in Armenia from February 21 to March 15, 2020, Armenians were asked, “If a family has one child, what would be the preferred gender of the child?” In response, 55 percent of interviewees answered that it “does not matter,” while 34 percent reported they would prefer a “boy,” 9 percent reported they would prefer “a girl,” and 1 percent either answered “do not know” or refused to answer altogether.

These figures represent a significant change since the question was last asked in the 2010 wave of the survey. In that year, the majority of respondents reported preferring “a boy,” while 35 percent said it “does not matter”—a 20-point difference over the course of a decade.

The majority of Armenians have reported for the first time that the gender of their child “does not matter.”

Figures from neighboring Georgia are similar, with 2019 survey data from the country showing comparable changes among Georgian respondents in their preferences. In contrast to both Armenia and Georgia, where the majority preference shifted away from male children only in recent years, the majority of Azerbaijani respondents reported that their child’s gender “does not matter” in 2010. (The survey has not been conducted in Azerbaijan since 2013, and the “preferred gender of the child” question was last asked in the country in 2010.)

Reported gender preferences in Armenia and Georgia, according to the 2019-2020 wave of the Caucasus Barometer.

Reported gender preferences in the three South Caucasus countries, according to the 2010 wave of the survey.

Armenia has grappled with serious demographic issues since declaring independence from the Soviet Union in 1991. According to Armenia’s National Statistical Committee, the country’s permanent population in 2019 was 2.965 million, down by more than half a million from a peak of 3.633 million in 1992.

Compounding this issue, several key demographic indicators have deteriorated since the Soviet Union’s dissolution. Since 1991, Armenia’s fertility rate—the average number of children born per woman—fell from 2.62 to 1.57, well below the replacement level of 2.1 needed to sustain a population. Likewise, the annual number of births in Armenia more than halved following the Soviet Union’s dissolution, from a peak of nearly 80,000 in the early 1990s to a low of about 32,000 in 2001.

As a result, the United Nations Population Fund (UNFPA) projects that, should current trends hold, Armenia’s population will fall to 2.816 million by 2050.

Another crucial demographic challenge Armenia faces is the prevalence of sex-selective abortions in the country. Experts believe Armenia has one of the highest rates of sex-selective abortions in the world. According to the National Statistical Committee, Armenia’s sex ratio at birth began skewing in the early 1990s, peaking at a ratio of 120 boys per every 100 girls in the 2000s.

Since the early 2010s, the UNFPA office in Armenia has initiated a series of projects in an effort to reduce the number of sex-selective abortions in the country. In 2019, one such campaign called #Bavakane (meaning “enough”) garnered nationwide attention on Armenian social networks and was widely shared by celebrities and politicians, including Prime Minister Nikol Pashinyan.

As of 2017, Armenia’s sex ratio at birth had become slightly less skewed, at 111 boys per every 100 girls, which many believe is related to the success of the UNFPA’s public awareness campaigns. The dramatic changes in child gender preferences shown in the Caucasus Barometer survey are a reflection of increased public awareness on the issue.

Nonetheless, the UNFPA projects that there will be nearly 93,000 “missing women” (that is, nearly 93,000 sex-selective abortions) in Armenia by 2060 if current trends hold—and UNFPA representatives stress that the sex ratio at birth in Armenia must continue to even out.

In August 2019, Pashinyan vowed to raise Armenia’s population to at least 5 million by 2050, though he did not provide any specific policies to address the numerous demographic issues facing the country, casting doubts on the feasibility of the plan.

Retrial to Begin Regarding Tsarukyan’s Arrest