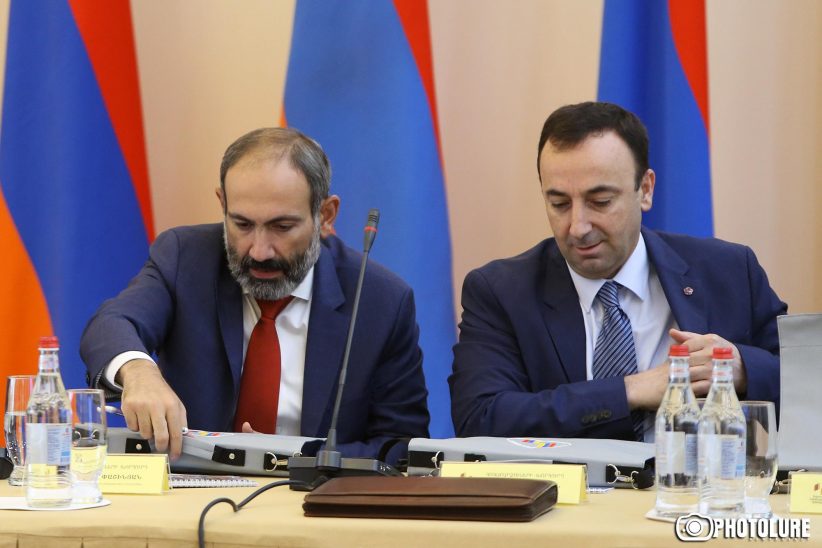 The Council of Europe’s Parliamentary Assembly (PACE) and Venice Commission have both issued statements regarding the ongoing feud between Armenian Prime Minister Nikol Pashinyan and Constitutional Court President Hrayr Tovmasyan, calling for restraint and urging against any further escalation in tensions.

In an official statement, two PACE co-rapporteurs monitoring Armenia warned about the damage “the high level of tension between [the] two state institutions…could inflict on the judiciary as a whole” and called on the political players involved to “respect legal procedures to resolve the situation” and “act according to the rule of law.”

In his statement, Buquicchio also reiterated his concerns over legislation passed last year by Armenia’s National Assembly granting generous early retirement packages to judges, emphasizing that “any early retirement scheme…has to remain truly voluntary [and] exclude any undue political or personal pressure on the judges concerned.”

In December 2019, the ruling My Step faction in Armenia’s National Assembly approved legislation offering “judges who voluntarily step down monthly compensation equivalent to their current wage until their term was foreseen to end.” The National Assembly’s two opposition parties, Prosperous Armenia and Bright Armenia, called the legislation “politically charged” and labelled it an attempt by the ruling faction to replace current judges with new judges more favorable to the current administration.

The move was understood to be an attempt by the ruling party to remove Constitutional Court President Hrayr Tovmasyan, who is widely seen as an ally of the previous authorities and an impediment to judicial reform in the country. Under rules provided in the Armenian Constitution at the time of Tovmasyan’s election, Constitutional Court judges can serve until the age of 70. In Tovmasyan’s case, the rules mean that he can serve as a judge until 2040.

The National Assembly had previously voted in favor of a direct appeal to the Constitutional Court to impeach Tovmasyan, but the Court refused to consider the appeal.

The authorities’ feud with Tovmasyan escalated further in January 2020, when the Prime Minister held a press conference during which he claimed that the Constitutional Court head had offered to “provide services” for him and “collude” with him.

Since coming to power in May 2018, Pashinyan has consistently pointed to judicial reform as one of his administration’s top priorities, and the government has described the removal of politically-biased judges and figures connected with the former authorities as one piece of its broader reform program. Armenia’s judiciary is widely considered to be among the country’s most corrupt and least trusted state bodies.

In addition to his ongoing feud with Pashinyan, Tovmasyan is the subject of two ongoing criminal investigations. In the first case, Armenia’s Special Investigative Service has charged Tovmasyan and several other officials with “abuse of power” during his election as President of the Constitutional Court in March 2018. The second investigation, headed by Armenia’s Investigative Committee, alleges that Tovmasyan committed “abuse of office” during his term as the country’s Minister of Justice from 2010 to 2015.

Responding to the Council of Europe’s statements on the feud between Tovmasyan and Pashinyan in a post on his personal Facebook page, Minister of Justice Rustam Badasyan reiterated his commitment to resolving the ongoing Constitutional Court crisis and respecting the rule of law.

Tovmasyan’s lawyer, Amram Makinyan, welcomed the Council of Europe’s comments, writing on his personal Facebook page that the statements serve as “a direct signal to the My Step faction to refrain from further” actions against the Constitutional Court president.

In picture: Armenia’s PM Nikol Pashinyan and the President of Constitutional Court Hrayr Tovmasyan at the session of the Hayastan All Armenian Fund Board of Trustees, Yerevan, May 25, 2018 (Photolur)

Dancing around words as a Kurdish journalist

Winter Sports and Ecotourism Are Trending in Armenia