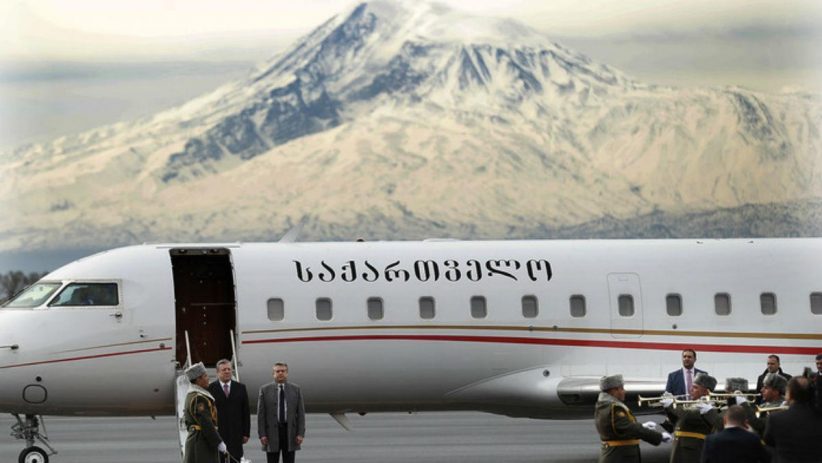 By Benyamin Poghosyan,  the article was published on Georgiatoday.ge

Since gaining independence in 1991 Armenia – Georgia relations have been characterized as friendly and mutually beneficial. Georgia is one of only two routes connecting Armenia to the world and Armenia serves as a land bridge for Georgia to Iran. The mainly positive historical memories also play a role in fomenting friendly images within both societies. In recent years, hundreds of thousands Armenian tourists have visited the Georgian Black Sea coast, thus fostering people-to-people contacts. The Armenians living in Georgia are another tool to bolster bilateral connections. The political dialogue is marked by frequent visits of high level officials- the last visit of the Armenian President to Georgia was in December 2017 and the Georgian Prime Minister visited Yerevan only last week.

Yet, there is a lack of clear articulation of strategic rationale behind the bilateral relations. What can elevate the bilateral ties to the level of strategic partnership besides the common border, shared religion and Georgia’s capacity to serve as a main export/import route for Armenia?

The key overlapping factor in both Georgia’s and Armenia’s strategic environment is the necessity of diversification. Armenia is firmly anchored in the Russian sphere of influence. Its membership of the Eurasian Economic Union (EAEU) only strengthened Russia’s institutional influence, which was already firm given the deployment of a Russian military base and Yerevan’s membership in the Collective Security Treaty Organization. The ongoing Nagorno Karabakh conflict, showing no signs of any breakthrough, as well as the economic blockade imposed by Azerbaijan and Turkey, only foment Armenia’s defense – security ties with Russia.

However, Armenia is in urgent need of state modernization and systemic reforms, otherwise it risks losing its tough competition with Azerbaijan in the long-term perspective. Russia is neither able nor willing to contribute to the modernization of the Armenian State. Russia itself is suffering too much from a myriad of similar problems – rampant corruption, lack of good governance and independent judiciary, low level of transparency and accountability – to be able to support Armenia to overcome those symptoms. On the other hand, a stronger Armenia does not bode well for Russia’s objectives as in that case Yerevan may gain additional flexibility in its foreign policy.

In such circumstances, the only viable source of assistance in modernization efforts for Armenia is the Euro-Atlantic community. US, EU and NATO support is critical in fostering difficult reforms in Armenia. Given the growing strategic disagreements between the West and Russia, which were once more emphasized by the Russian President’s latest State of the Union Address, Armenia faces difficulties in maintaining its strategic relations with Russia while fostering cooperation with the West. The Armenia-EU Comprehensive and Enhanced Partnership agreement was a step in the right direction, but its implementation will require enormous efforts both by government and society.

In such circumstances, Georgia may well serve as a strategic channel towards the Euro-Atlantic community for Armenia. The implementation of the Georgia-EU Association Agreement, as well as growing cooperation between Tbilisi and NATO, may well deepen Armenia’s understanding of opportunities and challenges on the road of Western-promoted reforms. Georgia may become a platform for indirect Armenia-West cooperation. Despite the tough problems between Russia and Georgia, Armenia-Georgia cooperation will raise less doubt and anger in Russia than direct contact with Russia’s “archenemies” such as the US and NATO. This potential role of Georgia emphasizes the strategic significance of Armenia-Georgia cooperation, going well beyond the day-to-day economic activities and export/import operations.

Georgia is actively positioning itself as a transit route connecting Asia and Europe. Tbilisi has successfully managed to gain a key position of bridge, connecting Azerbaijan with Turkey and enabling Azerbaijani energy resources to reach Europe and beyond. The Baku-Tbilisi Jeyhan oil and Baku-Tbilisi-Erzurum gas pipelines are key examples of Georgia’s success in its efforts. The Trans Anatolian pipeline under construction, as well as the launch of the Baku-Tbilisi-Kars railway, further fomented Georgia’s position as a reliable transit country not only for Azerbaijan, but potentially for Central Asia and China. If parts of Chinese cargo bound for Europe pass along the China-Kazakhstan-Caspian Sea-Azerbaijan-Georgia route, it may have a significant positive impact on Georgia’s economy.

However, the deepening relations with Azerbaijan and Turkey inevitably result in their growing influence in Georgia. Regardless of current strategic partnership with both Ankara and Baku, Tbilisi needs transit diversification. In this context, the “Persian Gulf-Black Sea” multimodal transport corridor project, which envisages connecting Iran with Europe via Armenia and Georgia, may play a vital role. Negotiations to start the project were launched in 2016, and most likely an intergovernmental agreement will be signed by end of 2018. This project will foster Georgia’s role as a key transit player not only in East-West but also in the North-South direction. The possibility to connect Iran with Europe will increase the geopolitical potential of Georgia and will provide it with necessary leverage in its regional policy. In this context, the role of Armenia is key as a reliable partner and a land bridge for Georgia to Iran. The current projects in electricity transmission, which envisage the construction of new high voltage transmitting lines connecting Armenia with Georgia and Iran, may create a possibility for Georgia to enter not only Armenian but also the Iranian energy markets.

Thus, both Armenia and Georgia need diversification in their foreign trade and transit policy. They are positioned well to support each other in furthering their strategic interests. The two governments, as well as the Armenian and Georgian expert community, should focus more attention on factors favoring the strategic partnership between two states as this will provide a sound base for mutual relations moving beyond the tourism and export/import spheres.