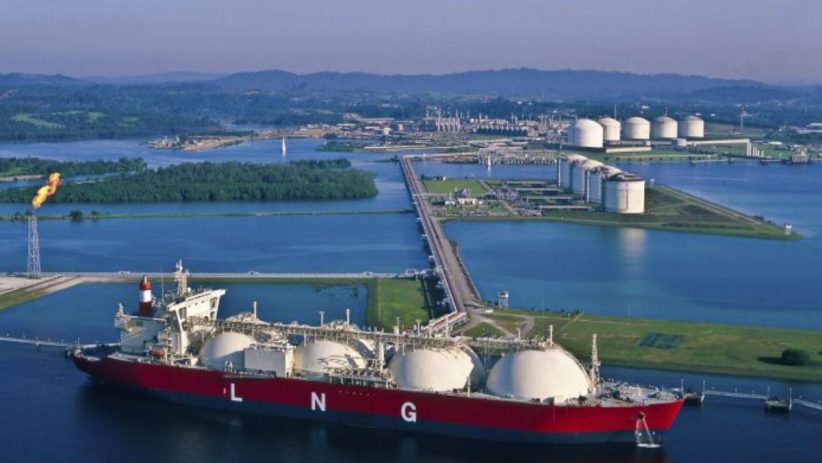 Petrostrategies, a Paris-based think tank specialized in energy issues analyses the recent crisis over Qatar. The article was published in June 12 issue of the World Energy Weekly.

The Qatari crisis opens up a new era in the Middle East, that of a “Trumpization of relations” between states, to use the term invented for the occasion by Germany’s Foreign Affairs Minister, Sigmar Gabriel, on June 7, 2017. This marks an extremely worrying development in a region that controls one-third of the world’s exports of oil (21 million b/d) and LNG (85 million tons/annum). The message delivered by Donald Trump in Riyadh, on May 21, seems to have had a catalytic effect on Saudi Arabia, Bahrain and the UAE, which subsequently cast aside their inhibitions and are now trying to heavy-handedly resolve old, deep-seated political quarrels with Qatar. On June 5, the three countries broke off their diplomatic relations with their Qatari neighbor and denied it access to their land, sea and air spaces. In the statements made thereafter, the Saudi and UAE Foreign Affairs Ministers did not rule out the possible use of military force against Doha. The latter is accused of providing support for terrorist organizations, having friendly ties with Iran and allowing its medias (at the forefront of which is the AlJazeera TV channel) to broadcast news that is deemed to be hostile to the three countries.

Donald Trump’s visit to Riyadh, on May 21, 2017, has overturned the course of events in the Gulf. After his election as US President, perhaps fearing that they would not be able to count on an unstable figure who was advocating a near-isolationist US policy, Gulf Cooperation Council (GCC) Member States had tried to embark on a dialogue with Iran. In January 2017, the Emir of Kuwait thus traveled to Tehran, proposing a dialogue with Iran in the name of the Member States of the GCC (Saudi Arabia, Bahrain, UAE, Kuwait, Oman and Qatar), if the Iranians agreed to stop interfering with Arab affairs. Tehran replied that it accepted the invitation to embark on dialogue, but with no precondition. In March 2017, Riyadh and Tehran struck an agreement allowing Iranian pilgrims to return to the Holy Lands of Islam. But Trump’s visit seems to have put a halt to this mild thaw in relations. It bolstered the die-hards, who seem resolved to now take Iran to task. Within the GCC, Oman and Dubai are have close commercial ties with Iran, while Kuwait and Qatar are still advocating dialogue.

The quarrels with Qatar date back to 1995. In that year, Sheikh Hamad Al-Thani overthrew his father, the Emir of Qatar, and launched a foreign and Arab policy that was independent from Saudi Arabia. Sheikh Hamad also wanted to assign his tiny country with overblown international prestige and influence in regional affairs that were disproportionate with its modest size (250,000 Qataris on a peninsula of 11,000 sq.km). This “delusion of grandeur” was seen in a very bad light by some neighbors, at the forefront of which was Saudi Arabia. In 2010, Qatar won the right to host the football World Cup in 2022. The assistance given by Qatar to revolutionary movements during the “Arab Spring” in 2011 proved to be one step too far. Put under internal and external pressure, Hamad handed the power down to his son, Tamim Al-Thani, in June 2013. Although the latter is proving to be much less “hyperactive” than his father, he has not completely turned his back on ‘going it alone’ in the region. Thus, although in theory Doha is fighting alongside Saudi Arabia and Yemen against the Al-Houthi rebels, who are partly supported by Iran, it is acting as a mediator in Syria, where on the contrary, Riyadh is seeking to overthrow Bashar Al-Assad.

The quarrels with Qatar date back to 1995. In that year, Sheikh Hamad Al-Thani overthrew his father, the Emir of Qatar, and launched a foreign and Arab policy that was independent from Saudi Arabia

With Donald Trump, the world seems to be heading towards an era of confrontation։ Petrostrategies

The events that led to the latest crisis were sparked only a few days after Donald Trump’s visit to Riyadh. The US President met with nearly all the heads of state of Sunni-dominant Arab countries and called on them to adopt a heavier-handed approach against terrorism and Iran. Two days later, on May 23, Bahrain’s security forces pulled no punches in suppressing a demonstration in the city of Diraz, killing five people and arresting 300 others. On May 31, the last political opposition movement still tolerated in Bahrain, National Democratic Action, was dissolved. Political pressure on Qatar escalated in parallel with the events in Bahrain. Thus, in the night of May 23-24, Qatar News Agency (QNA) broadcast quotes from a speech attributed to the Emir Tamim in which the latter levels sharp criticism at parties that are hostile to Iran, accuses Saudi Arabia of following an extremist ideology and suggests that Donald Trump will not last long at the White House. This broadcast ignited the wrath of the governments of Saudi Arabia, Bahrain and Abu Dhabi, although it was denied by Doha, which accused hackers of taking over control of QNA. The latter nations severed their ties with Qatar, followed by a certain number of countries, including Egypt. 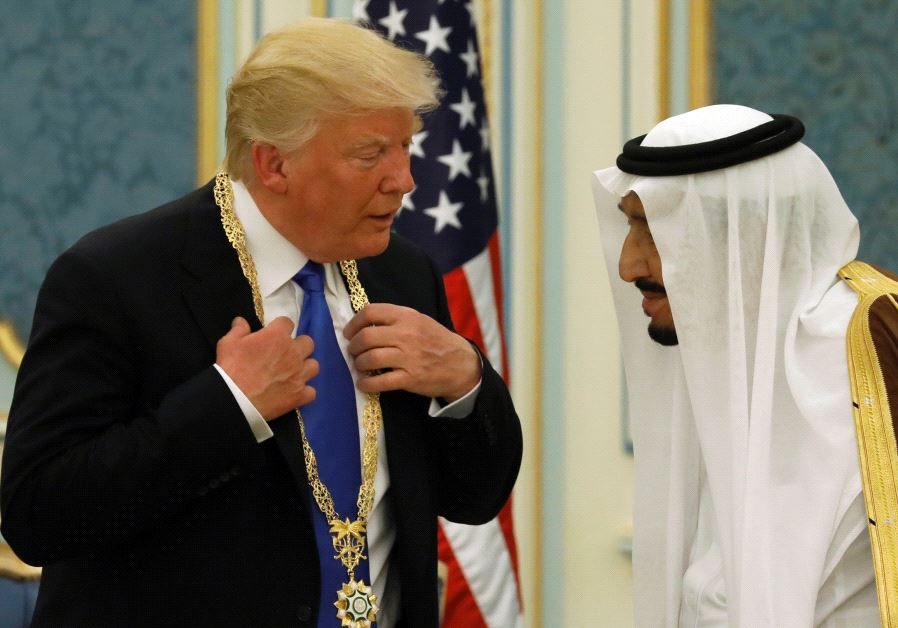 The rapport de force in this crisis seems to be decidedly against Qatar. Especially since Donald Trump has publicly supported the countries that have severed their ties with Doha. On June 6, he wrote on Twitter: “So good to see the Saudi Arabia visit with the King and 50 countries already paying off. They said they would take a hard line on funding terrorism, and all reference was pointing to Qatar. Perhaps this will be beginning of the end to the horror of terrorism”. Doha has a few allies. Iran has said it is prepared to supply the basic foodstuffs that Qatar is beginning to lack as a result of the embargo. Turkey has already sent such foodstuffs to Doha and its President, Recep Tayeb Erdogan, stated: “I want to say clearly that we don’t find the sanctions that have started to be imposed on Qatar correct”. Erdogan ensured that his country “will not allow Qatar to be beaten up”. Commenting on the accusations against the Qataris’ support for terrorism, he said: “I have known them for 15 years. If such a thing existed, I would be the first President to oppose them. But I have not seen this. There is a different game being played here”, said Erdogan.

The Turkish President made this statement after playing host to the Iranian Foreign Affairs Minister, on June 7, in Ankara. Almost simultaneously, the Turkish Parliament ratified an agreement with Qatar that had been signed in April 2016 and which provides for the extension of Turkish military presence for up to 3,000 troops on the peninsula. There are some 150 Turkish soldiers stationed in Qatar at present. The accord also incorporates plans to train the local Qatari police force. 11,000 US soldiers that form part of Centcom are also stationed in Qatar: their base, at Udeid, is notably used for US drones and warplanes that operate in Iraq and Syria, and which patrol the entire region.

The question now is how far the Saudi coalition will go in this crisis: will it make do with possible commitments from Qatar (which might promise to play a low profile and cease ‘going it alone’ around the region, waiting until the storm passes)? Will it go as far as to try to overturn the Emir Tamim and replace him with a leader that would be more obedient to the coalition? Who is targeted in the end? Qatar only or Iran too, which would become the next target of the policy advocated by Donald Trump? While President Hassan Rouhani, who was re-elected a few hours before Trump’s arrival in Riyadh, is looking to avoid a confrontation (his Foreign Affairs Minister advocates “dialogue” to resolve the Qatari crisis), the Iranian Conservatives would not be opposed to seeing the situation continue to escalate. They thus immediately accused Saudi Arabia of fomenting the two deadly attacks on Iran, on June 7, and which were claimed by Daesh.

What will the impact be on Qatari hydrocarbon exports?

Qatar is a medium-sized oil producer: 600,000 b/d of crude oil and 700,000 b/d of condensate. On the other hand, it is the undisputed leader of the international LNG trade. With 79.6 million tons in 2016, it ensured 30% of the world’s LNG exports. The embargo decreed by Saudi Arabia, Bahrain and Abu Dhabi only affects bilateral ties. Strictly speaking, it is therefore not a real blockade. Qatar is continuing to export its oil and LNG. The Qatari oil can be replaced on the market, where supply is abundant, but a halt in Qatari LNG exports would have dire consequences. It would initially trigger a leap in spot prices, then if it were to last, provoke supply shortages in Asia at first, then in Europe, too. Egypt, which took sides with Saudi Arabia in this crisis, controls the passage of Qatari methane carriers that supply Europe with LNG. A ban against using the Suez Canal, or even the simple annulment of the 30% discount granted to Qatari methane carriers for transit via this maritime route, would have immediate consequences on supplies to Europe. For the time being, only the delivery of Qatari LNG to the UAE (around 1 million tons/annum) is affected by this crisis: it has been replaced by LNG from other sources. The supply of Qatari gas via gasline (Dolphin) continues, at the rate of 2.2 bcf/d. It is the hot season and electricity demand is at its peak in all of the region’s countries.

European Rebuke a "Severe Blow" to Georgia; Less So to Azerbaijan