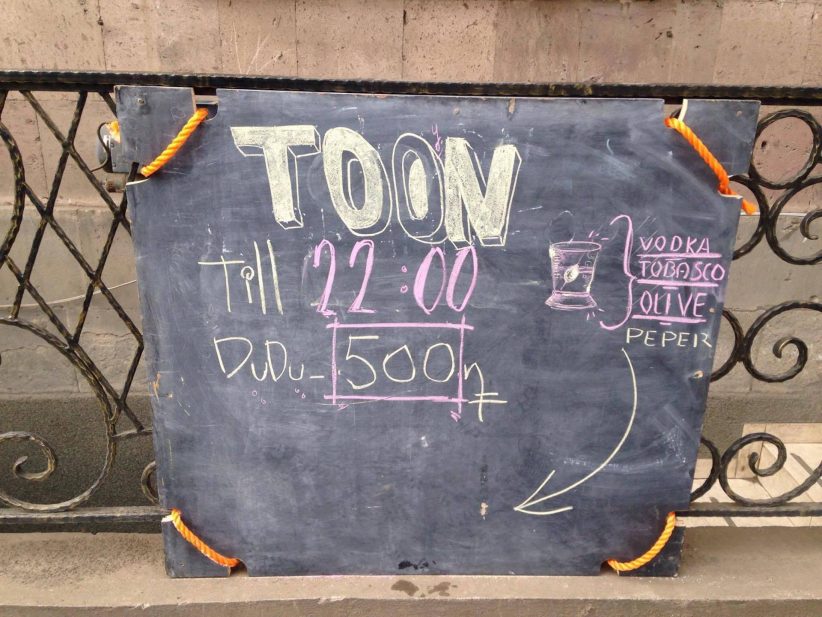 In the biggest city of the Lori region, Hranush Mashakaryan and Samvel Kirakosyan, decided to create a place where the locals can feel at home. That home would later become what is now Toon cafe. 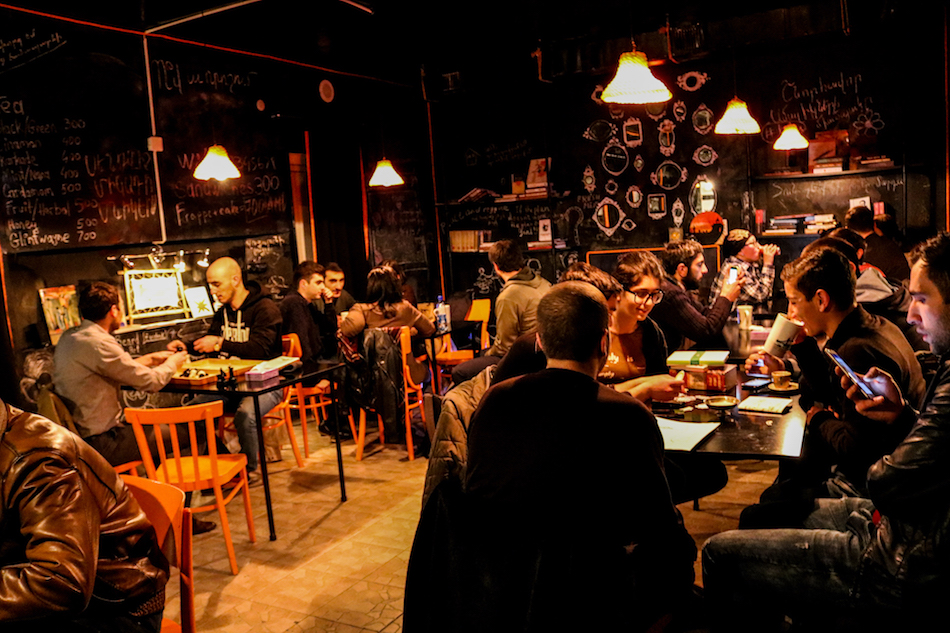 The rain has stopped, the clouds have cleared, and the sun has illuminated the mountainous city nestled in northern Armenia.  The market of Vanadzor awakens from its sleep and the shopkeepers display their goods.

The city seems to stand still in time. Strung out along the thin wires pierced onto the region’s Soviet style buildings, hangs the day’s damp laundry.

Russian-manufactured Lada cars from the 1980s still drive on the road and pass onlookers dressed in Soviet-style clothing. Kentucky Fried Chicken and Credit Agricole Bank are the only signs of a society free from Soviet rule, one that’s attempting to enter the 21st century.

But in this timeworn town, there is a fresh air of modernity. The cafe Toon (meaning Home in Armenian) opened its doors in the beginning of March and welcomed all Vanadzortsis (inhabitants of Vanadzor). At the entry door of the cafe, three guys in their early twenties, with long beards, round eyeglasses, leather jackets, and tight jeans are smoking cigarettes. Inside, you can smell the fresh black paint coating  the walls. This trendy cafe-library wants to offer a place where people can feel at home. “One of the problems in our city is finding entertainment. I mean, there is almost nothing to do here. When young people want to gather, they have to meet at someone’s home. Here they can come, have tea, coffee, grab a sandwich, read a book and play board games,” says Mashakaryan, 22.

During the Soviet times, the city of Vanadzor was the main industrial center of the Lori province. Factories were specialized in garment manufacturing, chemical products, building materials, and dairy products. Following the 1988 earthquake in Vanadzor and the dissolution of the Soviet Union in 1991, most of the industries discontinued their production.

The consequences were crippling. Mass migration from the city and increased unemployment levels plagued the city.  According to Armenian Statistical Service of Armenia (Armstat) data from 2015, 16.2% of people are unemployed in Lori province, 36.2% of the citizens live below the poverty line and one in six households migrated between 2012-2015.

Kirakosyan, 22, co-founder of Toon explains the general mood in the city: “Vanadzor is a depressive town. The industrial Soviet infrastructure remains after the dismantling of the companies. Having a ruined building in front of you affects your mood in a bad way. It also has a heavy influence on the society and the culture. It is the symbol of failure, it is sad.” As Kirakosyan tells me of the city’s dark history, a group of young people erupt into laughter beside us. Different groups of young people are playing games, a curly-haired boy is accusing his friend of cheating, next to them, two friends are quietly playing chess. Despite the looming state of depression over the city, some of the country’s most popular rock bands, such as Lav Eli, Lousnelius and Clocker, have originated here.

“Here, the weather is gloomy, it stimulates you to play rock music. And the young here are really happy to have a place like Toon, we really needed it,” says Clocker member Albert. Toon is planning to host a  rock concert on  April 1, with new local bands such as The Jerm.

In the city of rain and rock music tainted by the sad grey colors of dead industries, there is Toon, where the walls read, “A house is not a building, a house is a man.” If you visit them, they will warmly welcome you with a cup of tea.