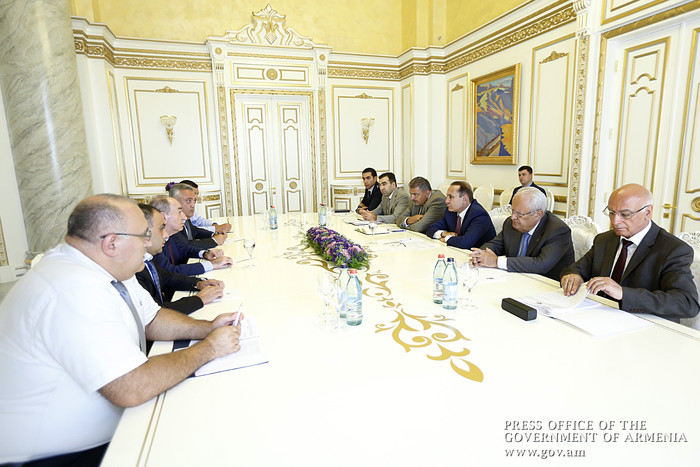 On August 10, Prime Minister Hovik Abrahamyan’s government held a consultation regarding the proposed audit of the Electric Networks of Armenia (ENA) company.

According to a government statement, Yervand Zakharyan, Minister of Energy and Natural Resources presented the process of the preparations for the audit of ENA during the meeting.

Government members were informed by the President of Public Services Regulatory Commission (PSRC) Robert Nazaryan, that the international consulting agency, commissioned with studying the justification for the increase in electricity tariffs and potential improvements of the electric network system of the country, would be releasing their report shortly.

The PSRC unanimously voted to increase electricity tariffs by by almost 16 percent on June 17. The Russian-managed ENA had applied to the commission on May 8 to increase tariffs because of mounting debts.

This decision by the PSRC caused widespread protests in Yerevan and other cities of the country. The protest, which came to be known as Electric Yerevan lasted almost three weeks and closed down Baghramyan Avenue, a main street in the heart of Yerevan.

At the height of the demonstrations, Armenia’s President Serzh Sargsyan announced that the government would bear the cost of the increased rate, would conduct an independent audit of Electric Networks of Armenia and invite an international consulting company to look into the rate hikes and search for ways to increase the efficiency of the electric network of the country.

The government had not clarified how it would carry the additional cost to offset rates by consumers. On August 1, Prime Minister Hovik Abrahamyan announced that funds from the sale of the Vorotan Hydro Electric Cascade would be used to subsidize the increase. A US-based company ContourGlobal bought Vorotan for $180 million US in May of this year.

Opaque Bubbles and Life in Armenia