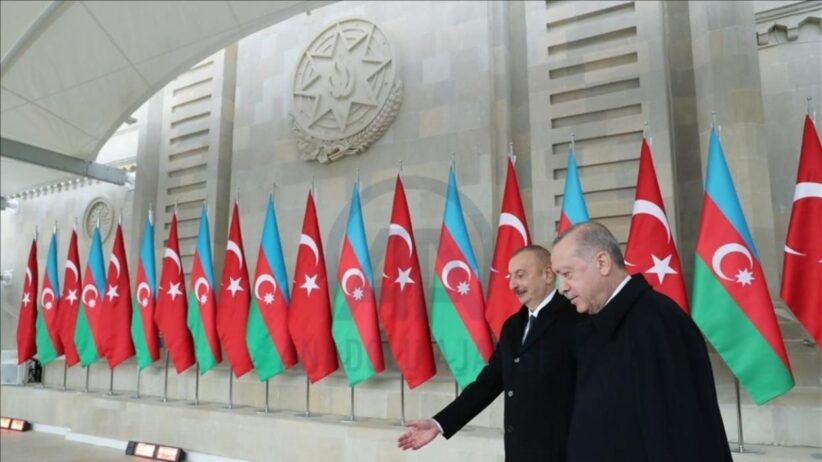 “Azerbaijan’s saving its lands from occupation does not mean that the struggle is over,” Turkish President Recep Tayyip Erdogan said during a military parade in Baku, Azerbaijan Thursday. “The struggle carried out in the political and military areas will continue from now on many other fronts.”

A military parade to celebrate Azerbaijan’s victory in the second Karabakh War that ended on November 9 was attended by both Azerbaijani President Ilham Aliyev and Turkish President Recep Tayyip Erdogan. The notion of “one nation, two states” was in full display as both sides expressed strengthening of alliances and brotherhood.

Also Read: Trauma on My Street

“As Turkey, we have taken the two states, one nation motto of the great leader Aliyev [father of Ilham Aliyev] as a guide in our relations with Azerbaijan,” Erdogan said.

During the war, Turkey backed Azerbaijan with high technology drones and paid mercenaries supplied from Syria. While previously both sides had denied Turkish involvement in the conflict, on Thursday the leaders did not shy away from displaying full military alliance.

“As long as Turkey and Azerbaijan work hand in glove, they will continue to overcome all difficulties and run from one success to the next,” he said. “Turkish President Recep Tayyip Erdogan has supported Azerbaijan’s just cause from the first hours.”

Over 3,000 soldiers took part in the parade and dozens of military vehicles were on display on the streets of Baku.

The Karabakh War, which lasted from September 27 to November 9, ended with signing of a ceasefire statement by Armenia’s Prime Minister Nikol Pashinyan, and Azerbaijani and Russian presidents. Per the agreement, Armenia surrendered territories inside and around the Nagorno Karabakh Autonomous Oblast to Azerbaijan. Armenian officials report that of the 150,000 refugees who fled Karabakh during the war, roughly 34,000 have returned to their homes.

Millions of Dollars of Infrastructure Lost in the Karabakh War

Erdogan Hints at Opening Border with Armenia, If Yerevan “Works Towards Regional Security”