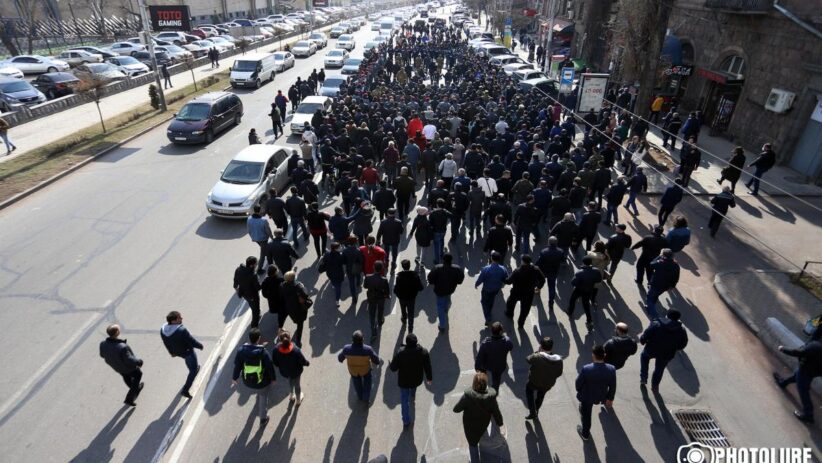 A number of international figures have reacted to the events of February 25, which Prime Minister Nikol Pashinyan is claiming was an attempted military coup.

The spokesman of the Russian President Dmitry Peskov stated that the situation in Armenia is “the country’s internal affairs.” Peskov did however express concern about the day’s events.

“We consider it exclusively an internal affair for Armenia, our very close ally in the Caucasus,” Peskov said.

Lavrov stressed that the Russian side considers the situation as an internal matter for Armenia and that Russia expects it to be settled peacefully.

Turkey strongly condemned what it called an attempted military coup in Armenia.

This was said by Turkish Foreign Minister Mevlüt Çavuşoğlu in a meeting with the Hungarian FM.

“It is unacceptable for the military to overthrow a democratically elected government. Turkey criticizes not only coup attempts but also calls for the resignation of the elected government,” Cavusoglu was quoted as saying by the Turkish Anadolu news agency.

Azerbaijani President Ilham Aliyev moreover commented on the day’s events, stating that, “Armenia has never been in such a bad situation.”

“Clashes and arrests following the crisis have undermined the foundations of democracy,” Aliyev said.

He furthermore blamed the previous rules and current ruling forces for the internal political situation in Armenia, adding that they both “refused to hand over territories to Azerbaijan.”

According to the President of Azerbaijan, “the international community has always pointed out to Azerbaijan the unity of the Armenian society, but now that truth is being shaken.”