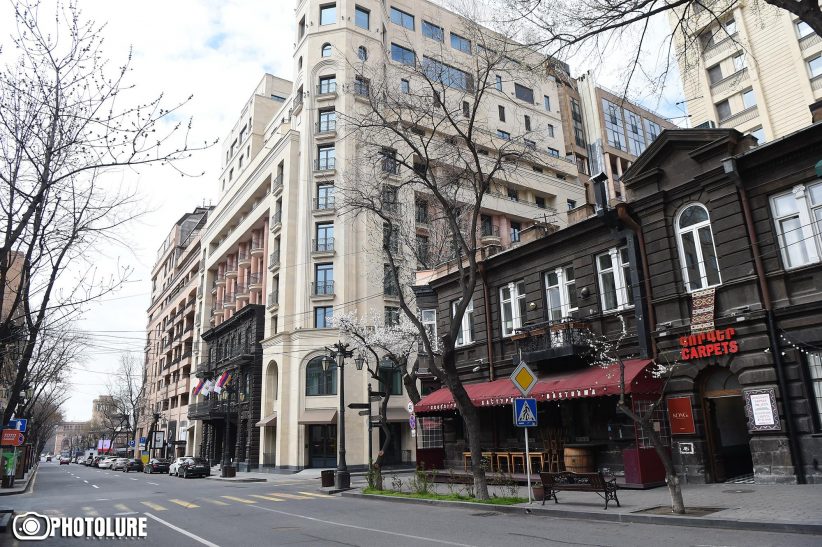 All cafes and restaurants, as well as certain businesses and building construction sites will be suspended for at least one week in Yerevan, in an effort to slow the spread of coronavirus. This governmental decision is effective from March 24.

New measures came into effect after Armenia’s Prime Minister Nikol Pashinyan announced, during a Live on Facebook on March 23, that the country needs tougher measures and a stricter approach against the outbreak.

“There will be exceptions only for delivery services. Some construction works will also stop. The operation of textile factories, a number of light industry branches will be stopped too,’’ he said.

This move comes as new information has emerged about the spread of the virus in the country. In the same Live stream, Pashinyan stated that 41 new cases of the coronavirus were registered, which brings the total people contaminated in the country to 235.

“The situation creates concern for the government,” added Pashinyan.

All the more so as two cases originate from two new locations. The first one is in Kotayk region and the other one is a worker in a factory located in Yerevan’s Erebuni district. Pashinyan added that 26 out of 235 coronavirus patients have developed pneumonia, “But their health condition is under control, the majority of the infected have no temperature.”

Earlier on March 23, Armenia’s National Assembly adopted legislation imposing sanctions on those who violate the state of emergency implemented to limit the spread of the coronavirus.

The legislation was added to the Criminal Code of Armenia and will penalize and punish individuals who do not respect government’s restrictions and measures to fight the spread of COVID-19.

The sanctions include fines, detention and imprisonment:

If irresponsible behaviour of a person results in the death of one of the people he or she has been in contact with, the sanction is three to five years imprisonment.