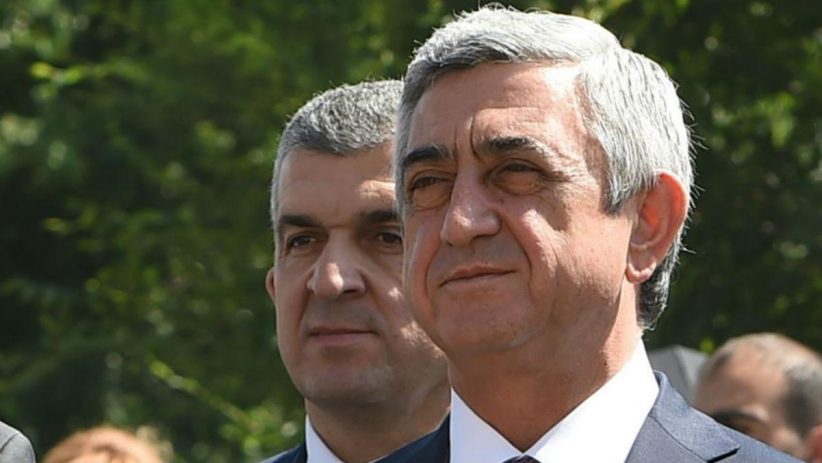 Vachagan Ghazaryan was the Head of Security for former President Serzh Sargsyan and is known to be a close associate of Sargsyan’s. According to numerous media reports, Ghazaryan and his wife have accumulated immense wealth over the years. On June 20, the Investigative Committee of Armenia conducted a search of Ghazaryan’s residence and in Yans Restaurant, which is registered under Vachagan Ghazaryan’s wife, Ruzanna Beglaryan’s name. Thirty five million AMD (~70,000 USD), 1.1 million USD, two luxury watches, a Range Rover and a Mercedes Benz were found in the properties.

Vachagan Ghazaryan, who was a high-ranking government official, did not declare or pay taxes on his acquired funds and properties. A criminal case has been filed against him for illegal accumulation of wealth and fraudulent declaration of assets.

Vachagan Ghazaryan was detained by the NSS on June 25 while leaving Unibank. He was carrying 120,000 USD and 436 million AMD (~ 900,000 USD) in his handbag). Ghazaryan said that he had cashed out the amount to return to the real owner, but he did not say who the owner was.

On June 25, police detained Alexandr Sargsyan, the brother of Armenia’s former President and former Prime Minister Serzh Sargsyan. Sargsyan and his bodyguards were arrested on suspicion of keeping illegal weapons and ammunition. They were released later that day.

Armenia’s Special Investigative Service detained General Manvel Grigoryan’s wife, Nazik Amiryan, on June 25. On June 18, police discovered UAZ and GAZ four-wheel drive light trucks in a property owned by the couple. The cars were loaded with canned meat, labelled “For Soldiers”. The drivers of these cars, members of the Union of Yerkrapah Volunteers, were taken into custody, together with the vehicles.

A total of 2980 cans of meat labelled “Not for sale. For Soldiers” have been found in the vehicles. According to the driver’s statements, they were ordered by Nazik Amiryan to load the trucks with canned food from the administrative building of Union of Yerkrapah Volunteers at Arshakunyats 22.

Nazik Amiryan’s husband, General Manvel Grigoryan, a member of Armenia’s Parliament from the Republican Faction, was arrested over charges of illegal acquisition and possession of firearms and ammunition, as well as embezzling assets and food belonging to the army. National Assembly of Armenia voted to strip Grigoryan of his parliamentary immunity on June 19.

Reflections From the Other Side of the Arax River

Azerbaijan's military operation in Nakhchivan: less than meets the eye?