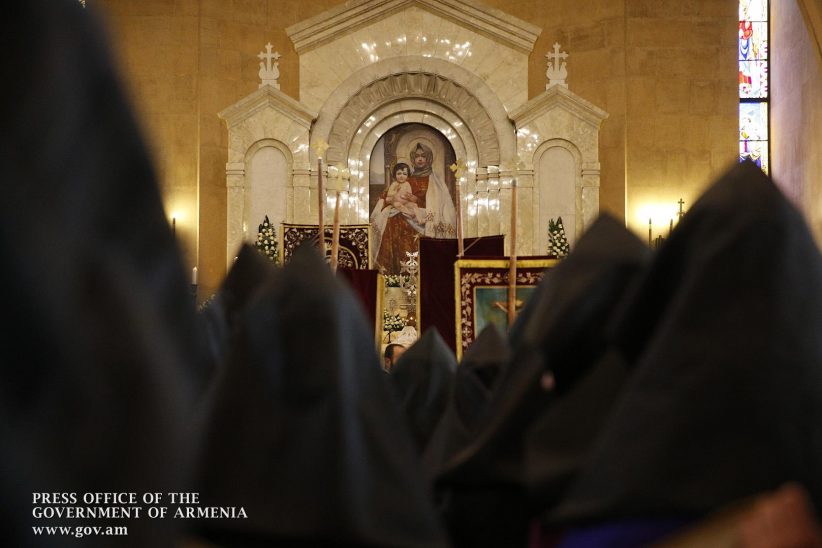 Armenia’s Ministry of Education plans to remove the History of the Armenian Church subject from the school curriculum and incorporate it into the History of Armenia syllabus.

The Christian Education Center (CEC) is under the authority of the Mother-See of Holy Etchmiadzin, the seat of the Head of the Armenian Apostolic Church. It has been tasked with monitoring the lessons, preparing and training teachers and providing textbooks, and is furthermore monitored by the Armenian Government. The CEC has previously stated that these classes were an educational initiative to inform young Armenians about the history of the Church and the integral part the Armenian Church has played throughout history.

The spokesperson of the Armenian Apostolic Church, Rev. Father Vahram Melikyan criticised the Ministry’s intention calling it a “false agenda.” “This is a false agenda, since the question arises, which structure should listen to the demands and expectations of the multi-million followers of the Armenian Church and protect their rights in this sense?” he said to Tert.am, a news website.

The issue of religious minorities being obliged to take part in these lessons had been raised as problematic. Members of the minority Yezidi community in Yezidi villages of Armenia had compulsory classes of Armenian Church History. Some argue that it should not be compulsory for schools with little to no Armenian students to conduct these classes, however the Armenian Church History classes were already discontinued in these Yezidi villages due to lack of resources and specialists.

The nature of the classes have also been questioned as various education experts see it as an instrument by the Armenian Apostolic Church to indoctrinate children into the views of the Church. Criticisms have also been raised about the textbooks and the content of the classes which some education experts see as biased and rather than providing a religious history education, are focused on teaching children the positions of the Armenian Apostolic Church.

Questions about whether this diminishes Armenia’s status as a secular state have also been raised. Armenia’s Constitution stipulates that: “Religious organisations shall remain separate from the State”. And even though the Constitution recognises the special role of the Apostolic Church, the activity of religious organisations and programmes in state institutions like the education system has been argued by some to be unconstitutional.

The Ministry of Education’s decision will be implemented in a way that much of the previous History of the Armenian Church syllabus will be incorporated into the classes of Armenian History. Proponents argue this will dispense with the issues surrounding the subject, and will also ensure that the lessons are conducted in a manner that ensures the content of the lessons are purely historical and informative.

Planting Trees with My Forest Armenia