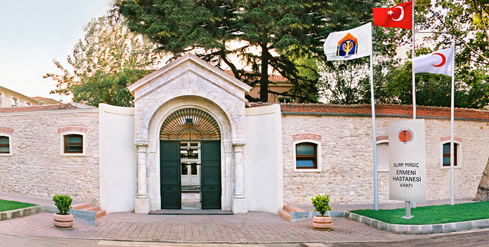 The Directorate General of Foundations of Turkey has returned a portion of the property belonging to Istanbul’s Holy Savior Hospital Foundation that was confiscated in 1974. The newspaper Agos writes that in the history of the Republic of Turkey, this piece of land is one of the most valuable possessions that was confiscated from the Armenians. The final decision to return this property was made on January 22, 2014.

Shirinoghlu considers the return of this property a great source of happiness. “Our struggle that has been going for years has finally reached its end. A very important piece of property has once again been returned to the Armenians of Turkey,” said Shirinoghlu.

In June, 2012 the Directorate General of Foundations had returned only 10% of the above mentioned property.

In August, 2011 a law was passed in Turkey on the return of confiscated church property to the country’s religious minorities.

Suren Manvelyan: In the Eye of the Beholder