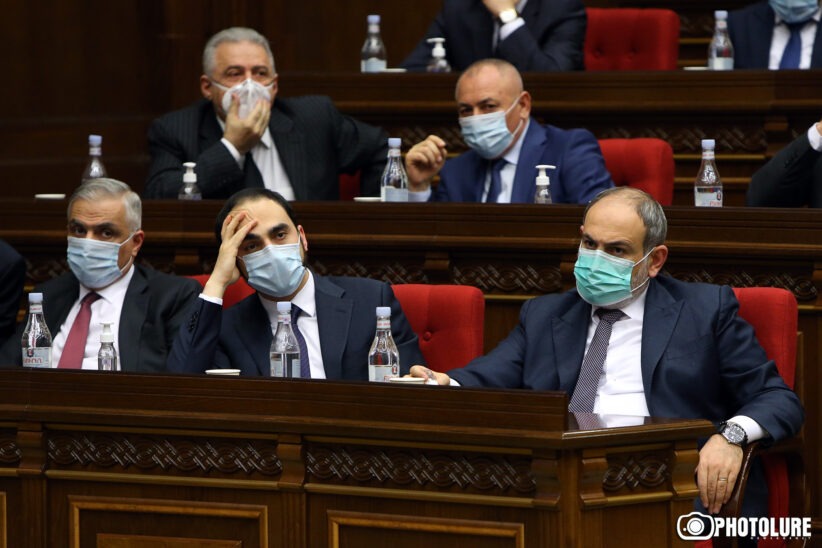 An airplane that was reportedly carrying Armenian POWs from Azerbaijan to Armenia landed empty on April 8, causing confusion and anger among families of the prisoners. They have been waiting for their loved ones’ return since the November 9 ceasefire agreement that ended the 2020 Karabakh War.

Information about the release of the POWs began circulating on April 8 following a meeting in Yerevan between Armenian and Russian Prosecutor Generals Arthur Davtyan and Igor Krasnov about the prisoners. Later on, The Office of Armenia’s Deputy Prime Minister Tigran Avinyan announced that their return is once again being postponed.

Realizing that the plane coming from Baku is empty, devastated relatives of the POWs marched towards Armenia’s Defense Ministry, demanding answers from the government.

“The Office of Armenia’s Deputy Prime Minister Tigran Avinyan made no official statement about the release of Armenian POWs, and no individual media outlet was given information about any release,” said Avinyan’s Office in response to CivilNet’s inquiry about the mishandling of the event.

“Despite demands from the media for information regarding this issue, in the past, official confirmation only took place only after the return of POWs was confirmed by the landing of the plane that returned them to Armenia. This time the same processes have been observed, but some media outlets reported information received from their private sources, which led to misinformation and confusion,” the response concluded.

Armenian human rights organizations say that the number of Armenian prisoners of war held in Azerbaijan exceeds 200. A total of 59 prisoners, including civilians, were returned to Armenian from Azerbaijan. Armenia has sent 15 prisoners to Azerbaijan, including Shahbaz Guliyev and Dilham Askerov, who were convicted of murdering a child in Artsakh. Russian foreing minister Sergey Lavrov confirmed that there are no Azerbaijani POWs left in Armenia.