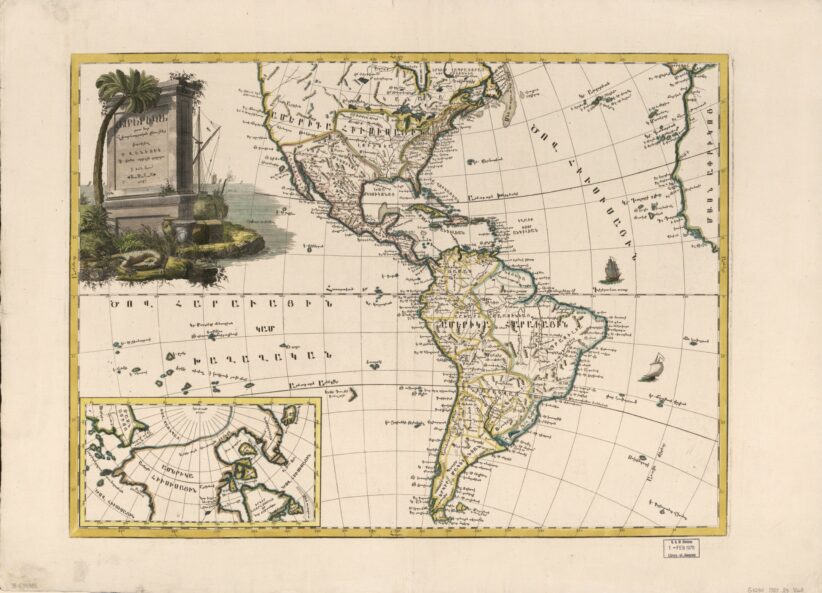 The past week in social media and world news have seen a lot of unexpected and even strange intersections involving Armenia:

Perhaps the most unexpected was the sudden virality of a BBC interview with President Ilham Aliyev of Azerbaijan which occurred last year during the Artsakh War. The clip resurfaced all this time later because it was uploaded by an international account which is sympathetic to the WikiLeaks founder Julian Assange. During the interview, the BBC’s Orla Guerin pushed back strongly against Aliyev’s claims that Armenians in Artsakh will live freely in Azerbaijan, bringing up his infamous statement that they will be “chased out like dogs” and cited BBC’s own reporting of indiscriminate attacks on civilians in Stepanakert. The viral clip however only contains Aliyev’s response to Guerin when questioned about the dismal state of media freedom in Azerbaijan. Aliyev plainly stated the demonstrably false notion that they do have freedom of speech turned the question back on Guerin by condemning and asking her about “her country’s treatment of Mr. Assange”. This is despite the fact unlike Aliyev, Guerin does not control her country’s policies. Aliyev’s use of Assange as a tool to berate Guerin for her line of questioning on the rights of Armenians in Artsakh and Aliyev’s own citizens in Azerbaijan was shared like wildfire and celebrated by Assange’s defenders, calling Aliyev a hero. Troublingly, in their haste to praise Aliyev for the way he “destroyed” the BBC, it was obvious that they had absolutely no insight into the context of the conversation or the very real death and destruction the despot was inflicting even while the interview was being filmed. The video was liked almost 100,000 times in a week and was shared by numerous prominent accounts, everyone from Chinese state media to an assortment of right-wing figures. In return, many received context from Armenians about the authoritarian nature of their new hero. In reply to one of them, the notorious American white supremacist Mike Cernovich clarified his position patronizingly: “Ma’am, no one loves Armenians more than I do and I’m aware of who this person is and give no support. Quite the contrary.”

Rather than featuring the overly-shared video, included here instead is one of the many responses from Armenians, a clip of Mr. Assange in his own words about Mr. Aliyev, as expressed in the 2017 documentary “Architects of Denial”:

An unfortunate example of Aliyev’s repression is the case of Bayram Mammadov and Giyas Ibrahimov, who were arrested on bogus drug charges and sentenced to ten years in jail after spraying graffiti criticizing the Aliyev regime. The European Court of Human Rights found that they had been subjected to bad treatment while detained and ruled that they had been unjustly imprisoned. They were pardoned in 2019 and Mammadov was living in Turkey where his body was discovered in the water on May 5. News immediately began circling that he committed suicide, though his friends deny that was the likely cause and that the death is highly suspicious. Tributes poured out on Twitter under #BayramaNeOldu- meaning “What Happened, Bayram?”- turning around the phrase which Aliyev had been using to taunt Armenian Prime Minister Pashinyan for his defeat in the Artsakh War.

An international story intersecting with Armenia is the multiple ways the current conflict in Israel and Palestine intersects with the recent Armenia-Azerbaijan war. Many Armenian tweeters have been encouraging solidarity with Palestinians and drawing parallels between the experience of Armenians as the victims of displacement and genocide and the Palestinian experience. Turkish President Erdogan has also come out stridently in support of Palestine, drawing the ire of Israel. For its part, Azerbaijan celebrated its status as a Muslim nation with good ties with Israel, and reaped the benefits with Israeli weapons and military support which helped defeat Armenians during the war. Since then, there have been numerous displays from Azerbaijan at least promoting the solidarity of the Turkey-Azerbaijan-Israel axis, such as this photo from a demonstration during the war which has been widely shared since:

Now that the conflict has made it impossible to ignore the stress in the Turkey-Israel part of the triad, the strong Azerbaijan-Turkey relationship is feeling some stress as well:

The past week Aliyev was in Shushi again, during which time he laid the cornerstone with his family on what appears to be a disproportionately huge new mega-mosque for what is a small town which already has multiple mosques. Videos have surfaced from Shushi of large apartment blocks- now empty after the mainly Armenian refugees who had fled Azerbaijan were ethnically cleansed for a second time last year. The mosque, with its towering minarets, is going up at the same time that the spires of Ghazanchetsots Cathedral have been knocked down. Many Azerbaijani language tweets ridiculed the grandiose design with memes or criticizing the amount of money being spent while the families of fallen soldiers struggle with not just emotional but economic hardship.

For an interesting look at how Armenians saw the world, check out these newly digitized maps from the Library of Congress:

In this last video in the series, vlogger Argun Konuk sums up his experiences traveling in Armenia as a Turkish person. He promotes it as a haven for tourism, noting all you can experience and enjoy without spending much money. He brings up landmarks to see off the typical tourist path such as the Orbelian Caravanserai in the mountains of Vayots Dzor and life in the countryside. He emphasized the safety of traveling in Armenia for everyone, even those from unfriendly countries like Turkey, since the general assumption by Turkish society is that they would not be safe touring Armenia. According to him, “if you go to a country with good intentions just to travel and experience the culture, people are going to be hospitable towards you regardless of your background.”

All Armenia’s Former Presidents Set to Run in Unprecedented Election