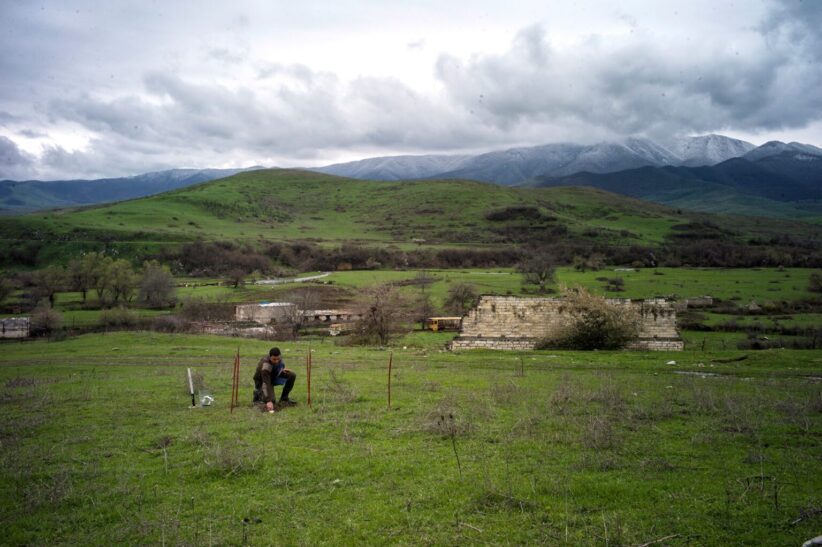 The United Kingdom has provided £500,000 to support de-mining works in and around Nagorno-Karabakh, according to a statement by the British Embassy in Yerevan on September 2.

The funds will be given to the United Nations Development Programme which will in turn be used to train and support personnel working to remove landmines in Karabakh.

“The UK’s donation will be used to harness the UN’s expertise and reduce the risk to civilian life in both Armenia and Azerbaijan through the provision of training and technical demining support,” said Wendy Morton, the UK Parliamentary Under-Secretary of State for European Neighborhood and the Americas.

The funding will be used by the UN to deliver support to local and national demining organisations in Armenia and Azerbaijan including through technical, strategic and management support.

The UK has previously donated £1 million in humanitarian support to the International Committee of the Red Cross following the 2020 Nagorno-Karabakh war.

In a statement, the UK government furthermore calls on other countries to help the population of Karabakh rebuild and return to the region after being displaced by conflict and landmines.

Insights With Eric Hacopian: How to approach Armenia-Turkey normalization