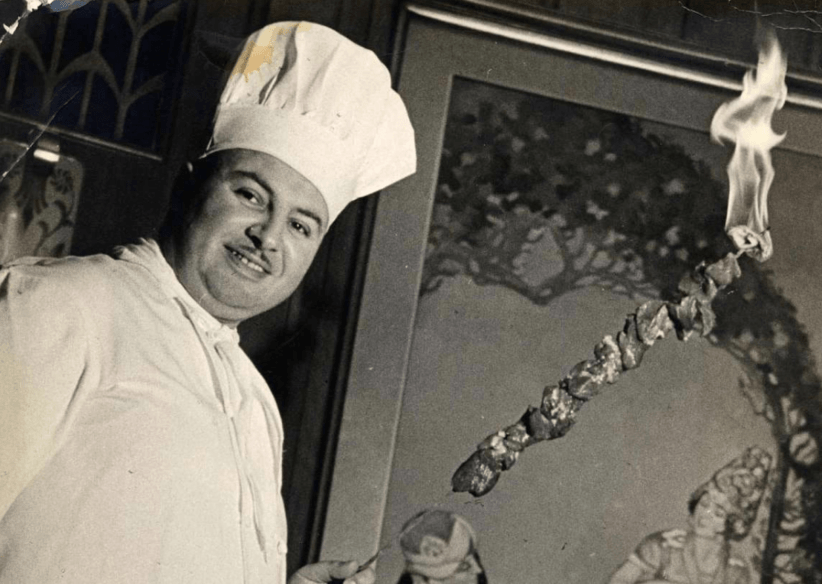 The past weeks have been eventful: the 30th anniversaries of Artsakh’s and Armenia’s independence, and the very solemn first anniversary of the start of last year’s war. Here’s a round-up of social media posts which reflect the spectrum of reflections from “against all odds, we are still here” to “remembering a grand past and working for a bright future.”

In the early weeks of the war, a photo went viral: it showed an older woman waving through a rain-soaked bus window, leaving her homeland for an uncertain future. The photo conveyed so much about the loss and longing, not just of the latest war but of the last three decades and more, through the eyes of someone who has witnessed much of modern Armenian history. This thread contains the amazing story of the photographer’s attempt to find her again after the war and their joyous reunion.

Another poignant viral image is this video of Gayane Gevorkyan, a citizen of Armenia who went in search of her ancestral roots in Van (now in Turkey) and decided to settle there. Upon hearing last month that the Armenian cemetery of the city’s Tushpa district had been destroyed by bulldozers to build houses, she raced to the site and reburied with her own hands what exposed bones she could find. Her defiance, her kissing the gravestones, attracted the attention of many Turks who offered their apologies in the replies, as she demanded a halt to any further destruction of Armenian graves anywhere.

Another grave photo, this one modern. As the tweet says, no words are needed.

This tweet from an official from Azerbaijani President Ilham Aliyev’s party said the quiet part out loud. In the past weeks, Azerbaijan has launched a campaign promoting alternate Turkic names for every Armenian marz (administrative region – Armenia has 10), to which a government official Elmar Mammadov crowed “we are rewriting our history!” This accidental admission garnered quite a bit of attention — and ridicule — online.

When we think of the past, together with tragedy there are also so many stories of success and incredible accomplishments, together with tragedy. San Francisco recently rediscovered one of their heroes George Mardikian. The Armenian-American restaurateur saw most of his family killed on the death marches of 1915, and yet created a new life for himself in America where he grew his Omar Khayyam restaurant into a legendary dining experience. He was best known for his work as a consultant to the US Army overhauling the military’s diet and improving food service for soldiers. In recognition he was awarded the Medal of Freedom by President Harry S. Truman. Mardikian always looked to give back to his adopted nation, and any American GI was welcome to a free meal at his restaurants. In addition, he was a leading organizer in the resettlement in the US of thousands of Armenian displaced persons due to World War II. Truly an American hero Armenians can be proud of.

Recently, the Armenian company PicsArt made headlines becoming the first startup created in Armenia to achieve unicorn status – which means a startup, not publicly owned, which reaches a valuation of one billion dollars. There was much talk not just of PicsArt success but which Armenian startup would be next, as indeed there are multiple candidates on the horizon, as Armenia continues to build its reputation as a tech center.

In a past round-up we had mentioned how Alexis Ohanian, the co-founder of his own unicorn, was looking for a chess set made in Armenia to start teaching his daughter the game. It’s a reminder not just of future promise, but how it is the ten year anniversary since Armenia made global headlines as the first nation to make chess a mandatory school subject. Those first students are fast approaching adulthood, and no doubt there are some future grandmasters among them. After all, as it is, Armenia already has one of the highest number of grandmasters per capita, far beyond what one would expect from its small population.

What do you know about the incredibly endangered Persian Leopard which calls southern Armenia home? Hear this report from the BBC World Service.

Finally, global social media had a moment over the annual Met Gala, which always draws attention for the unique fashion statements made there. One of those was Kim Kardashian’s completely black-out dress, which as pointed out made for an unexpected “Caucasus collaboration”!

Karabakh: One Year After the War

On the Aftermath of the Second Karabakh War