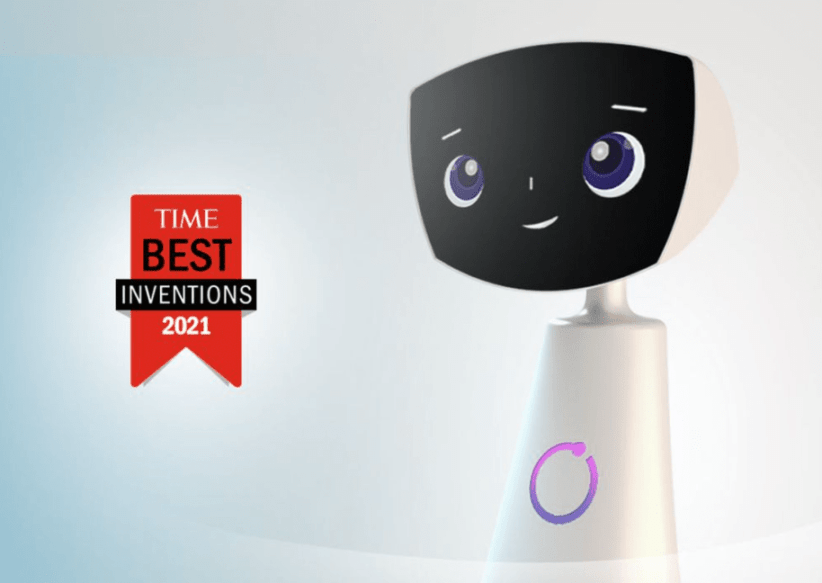 Armenian Innovation! That’s the theme of today’s round-up, starting with the Yerevan-designed and built Robin the Robot, which has been named one of Time Magazine’s Best Inventions of 2021. The accompanying article refers to it as “The Compassionate Companion”, describing how Robin can communicate and play with hospitalized children, helping to allay the anxiety and fear they might be experiencing.

The International STARMUS Festival of science communication and art- rescheduled for Yerevan in September 2022 after being postponed due to COVID- paid tribute to the Soviet-Armenian engineer Alexander Kemurdzhian with this music video by Brian Eno, a pioneer of ambient music and experimental electronica.

The Archaeo-Histories Twitter recently highlighted the famous Armenian blue ceramic tiles of Jerusalem which have become a famed component of the city’s architecture.

Ever wondered what Armenian written text looked like just decades after its invention? Read this thread about this fascinating piece of papyrus which contains one of the earliest surviving examples of Armenian lettering.

In the last round-up we brought you the unlikely story of the Armenian who created one of Japan’s favorite breads. While Japan might sound like a place about as far removed from Armenia as one can get, there is a surprising amount of crossover, like this Hawaiian-Armenian artist’s illustration of Commodore Matthew Perry’s 1853-4 expedition to Tokugawa Shogunate Japan, which attempted to end the nation’s over 200-year policy of isolation from foreign influence.

The new Norwegian ambassador to Armenia has an interesting childhood story which presaged her appointment 40 years later.

A duo of travelers recently explored the remaining Armenian cultural heritage of eastern Turkey, and have come across all sorts of fascinating finds, from the remains of old Armenian cemeteries and forgotten churches guarded by Kurds, to the descendants of Armenians at a car repair shop in Elazig (Harput), to even spotting khachkars outside a gas station in Van where they stopped to fill up.

They also made an attempt to get to Horomos Monastery just outside of Ani, in Eastern Turkey, which sits in ruins within a military zone overlooking the border with Armenia. Scroll through their Twitter accounts to follow along on their incredible adventure.

Finally see this interview by Bright Garden Voices with one of our favorite bands Collectif Medz Bazar. The band, which includes Armenian, French and Turkish members, reflects on what they learned during the Second Artsakh War and of their strong commitment against war and for reciprocal understanding.

The failure of Armenian diplomacy