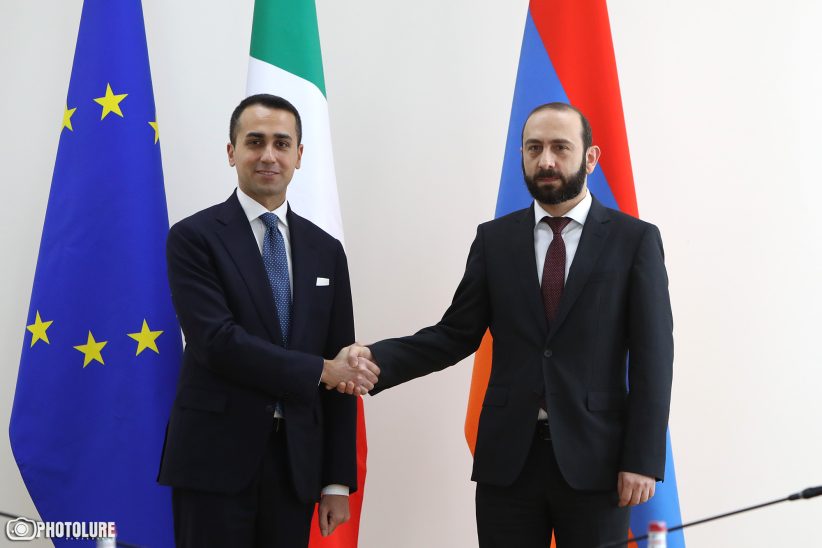 Italian Foreign Minister Luigi Di Maio paid a working visit to Armenia on April 3, during which he stated that the settlement of the Nagorno-Karabakh conflict should be achieved under the auspices of the OSCE Minsk Group co-chairs.

The OSCE Minsk Group is a body set up in 1992 to work towards and encourage a peaceful settlement of the Nagorno-Karabakh conflict.

Di Maio arrived in Armenia after a visit to Azerbaijan, where he held talks with Azerbaijani President Ilham Aliyev

During talks with Pashinyan and Mirzoyan, strengthening cooperation in the economic sphere, especially in the energy and infrastructure sectors were discussed. Di Maio called for “drastic steps” to be taken to increase trade turnover between Armenia and Italy. The deepening of ties in the fields of education and culture were also discussed.

Tackling the new demand for jobs in Armenia