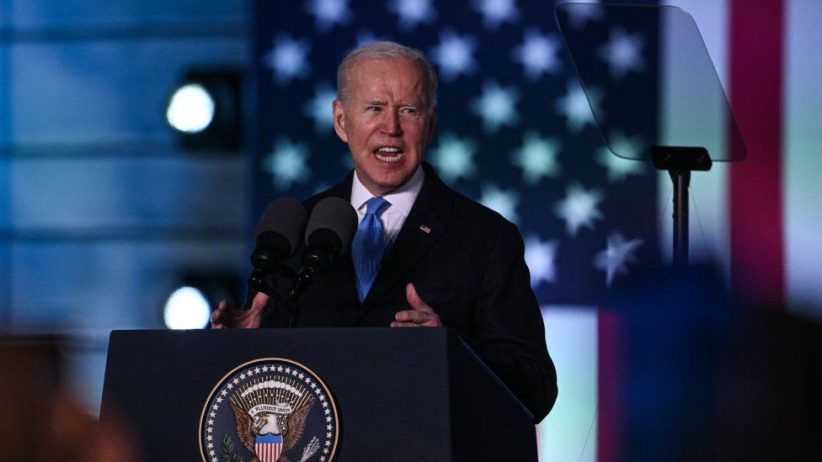 The U.S. Congress on Friday received a decision from President Joe Biden’s administration to again waive section 907, a piece of legislation restricting most U.S. aid to the Azerbaijani government. The decision prompted disapproval from a number of Armenian-American groups, as well as from Senator Bob Menendez, the chair of the Senate Foreign Relations Committee.

In a statement, Menendez said he was “deeply disappointed” to see section 907 waived and would “continue to conduct rigorous oversight of any and all assistance to Azerbaijan.”

Meanwhile, the Armenian Assembly of America reaffirmed that it “strongly opposes” the waiver, and the Armenian National Committee of America pledged to continue pushing to “restrict presidential waiver authority of section 907.”

Section 907 of the 1992 Freedom Support Act restricts U.S. most aid to the Azerbaijani government until Washington determines that Baku “is taking demonstrable steps to cease all blockades and other offensive uses of force against Armenia and Nagorno-Karabakh.”

Exemptions to section 907 include nonproliferation and disarmament assistance, humanitarian aid, and democracy-support activities, as well as support for nongovernmental organizations in Azerbaijan.

However, subsequent legislation has allowed for section 907 to be waived annually, so long as the U.S. government determines that doing so contributes to international counter-terrorism efforts or to Azerbaijan’s border security, and also “will not undermine or hamper ongoing efforts to negotiate a peaceful settlement between Armenia and Azerbaijan or be used for offensive purposes against Armenia.”

U.S. presidents have waived section 907 every year since 2002. Since then, Washington has provided over $160 million in assistance to Azerbaijan through programs requiring section 907 waivers.

As a candidate in the 2020 presidential campaign, Biden said Washington should “fully implement and not waive” section 907. Nonetheless, he has waived section 907 every year he has been in office so far.

In his statement, Menendez also called out the Biden administration for choosing “to move forward with this most recent waiver despite the recent publication of a Government Accountability Office report” finding that U.S. agencies were not complying with federal requirements on reporting aid to Azerbaijan.

A study released publicly in March by the GAO, which audits the federal government’s activities, found that the State and Defense Departments had “not fully met” reporting requirements that govern how agencies apply for section 907 waivers for several years.