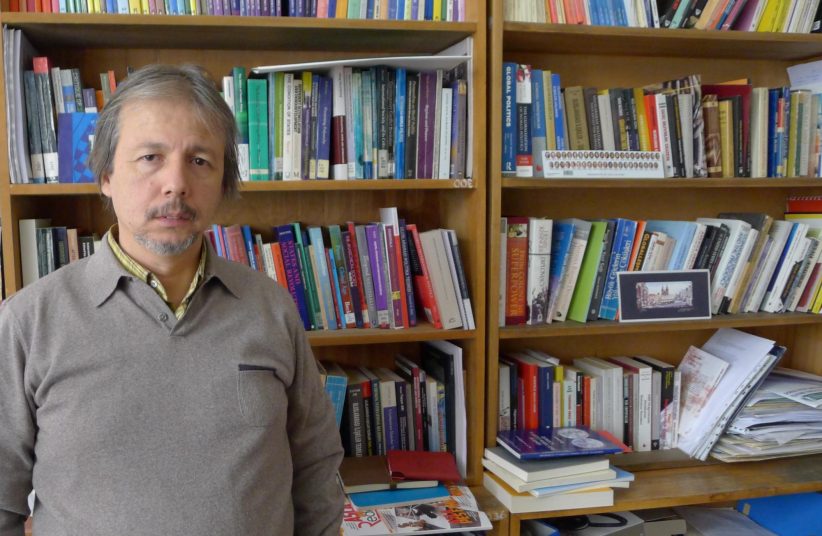 The skirmishes between Armenia and Azerbaijan in July and Turkey’s unprecedented harsh reaction against Armenia has given rise to various interpretations regarding Turkey’s stance. Diana Yayloyan, a Research Associate at TEPAV, an Ankara based think-tank spoke to Professor Dr. Ilhan Uzgel to shed light on Turkey’s perspective on the developments in the South Caucasus.

– Professor Uzgel, in light of the recent military escalation on the Armenian-Azerbaijani border (in comparison with the 4 day war in April 2016 in Nagorno-Karabakh) Turkish officials gave a very harsh response, including the promise “to not leave Armenia’s actions unanswered.” Why do you think the Turkish government has reacted in such an unprecedented harsh manner this time?

– In general, Turkish foreign policy has moved to a more militarized fashion, adopting a more assertive style. So, it is part of Turkey’s growing intensification of a more confrontational policy. It also has a domestic dimension. The AKP [president Erdogan’s ruling Justice and Development party] voting base is steadily shrinking. It is important for the AKP government to appeal to the nationalist electorate.

– According to some political experts in Armenia, this is a prelude for both Turkish and Azerbaijani armies for an upcoming military escalation, particularly Turkey’s military intervention in the South Caucasus. How would you assess the recently launched military exercises between Turkey and Azerbaijan in Nakhichevan? Can Turkey be militarily involved on the side of Azerbaijan?

– Turkey has already engaged in four military campaigns and operations, i.e. in Iraq, Syria, Eastern Mediterranean, and Libya. Therefore, it seems unlikely that Turkey will open a new front in the Caucasus. The joint military exercise is a show of force, a message, and nothing more under current circumstances. Turkey is confronting Russia in Syria and Libya. Facing Russia in the Caucasus may be intolerable for Moscow and it may risk Turkish-Russian cooperation in Syria. A surprise attack by Turkey and Azerbaijan is always a possibility but so far conditions have not allowed such a critical and risky move. The international environment and limitations constrain Turkey’s further military involvement, i.e. direct military conflict with Armenia.

– Turkey traditionally perceived threats from all directions, from its allies, adjacent and distant neighbors, and adding up new threat perceptions such as Hafter and the United Arab Emirates. Armenia is one of the countries that is perceived as an eternal enemy of Turkey. But, threat perceptions in Turkey have a distinct character. While the threats to Turkey’s national security exist and never end, both official discourse and public perception are prone to taking an overconfident approach, downsizing the military capacity of neighbors and rivals.

– How does Turkey perceive the Azerbaijani Ministry of Defense’s threat against the Metsamor nuclear power plant in Armenia, since it is right by the Turkish border?

– I am not aware of any specific statement by the Turkish side concerning the threat against the nuclear plant in Armenia. Probably, the Turkish side did not take it seriously since any attack on a nuclear plant would have devastating effects not only on Turkey but on the whole region. It may be taken as part of a war of words but not a serious policy option.

– And in the end, how would you assess Turkish-Russian relations in light of the U.S. moving towards sanctions against energy companies involved in Russian pipelines to Europe and Turkey? Can Turkey’s recent harsh reaction to the Armenian-Azerbaijani escalation also be related to Ankara’s desire to secure the energy corridors in the region?

– Turkey is concerned about its energy needs and its safe transfer to and from Turkey. Armenia attacked a spot that is close to the Baku-Ceyhan pipeline. Turkey’s overreaction can be attributed to the fact that it would not allow any disruption of this pipeline.

Ilhan Uzgel has worked at Ankara University, Faculty of Political Sciences, Department of International Relations since 1988 before he was expelled in February 2017 from his position of the head of the Department. Ilhan Uzgel received his master’s degree from Ankara and Cambridge Universities and his doctorate from Ankara University. He conducted doctoral and postdoctoral research at LSE and Georgetown University and taught at Oklahoma City University. Professor Uzgel’s research interests cover the US foreign policy, Turkish foreign policy, and the Balkans.

Diana Yayloyan is a Research Associate at TEPAV (The Economic Policy Research Foundation of Turkey), an Ankara-based think-tank and Ph.D. Candidate at the Middle East Technical University focusing on International Relations.