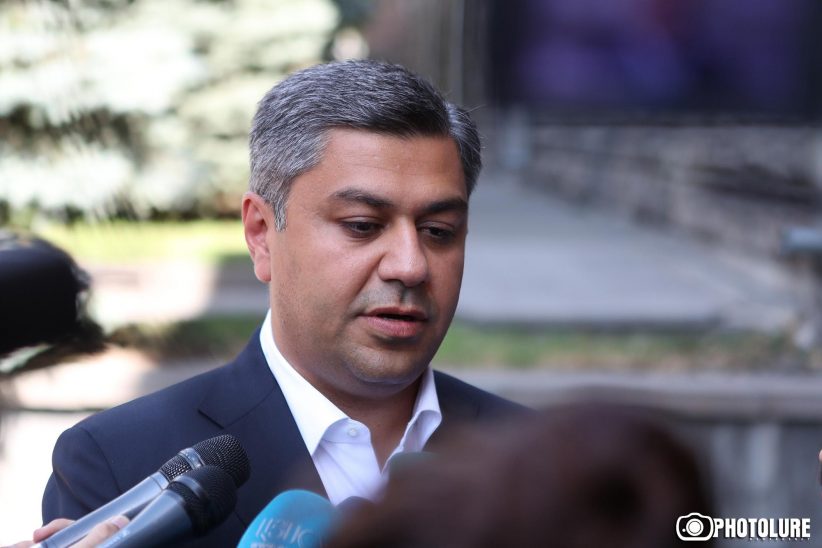 Head of Armenia’s National Security Service (NSS) and head of the Football Federation of Armenia, Artur Vanetsyan, announced his resignation from the NSS on September 16. Prime Minister Nikol Pashinyan has not yet announced a replacement.

“I believe that in the current situation… this decision is the most desirable and well-founded option to serve the Republic of Armenia and my people,” Vanetsyan stated.

According to Vanetsyan, his 18-month tenure was transparent, and each step was in line with the principle of honoring the homeland and the office.

During a press conference held in Vanadzor on the same day, Armenia’s Prime Minister Nikol Pashinyan confirmed the resignation and a decree relieving Vanetsyan from his post was signed by Armenia’s President Armen Sarkissian.

Pashinyan said the decision was made by “mutual consent” and was the result of several discussions held with Vanetsyan. Pashinyan noted that, “at the moment, Mr. Vanetsyan will focus on the important task of bringing the Armenian national football team to the European finals.”

Asked by a journalist whether the Prime Minister was unsatisfied by Vantesyan’s work, Nikol Pashinyan replied that “the work of the Head of the NSS is not a work that can be discussed in detail publicly.” He did not say who will replace Vanetsyan as director of the National Security Service.

The 39-year-old officer started his service in the national security agencies of the Republic of Armenia as Operative Officer. Prior to assuming the position of Director of the NSS, Vanetsyan was Deputy Head of the City Department of Yerevan – a local branch of the NSS.

During his time as Head of the NSS, Vanetsyan oversaw numerous corruption investigations, including the arrest of former member of Armenia’s National Assembly, General Manvel Grigoryan.