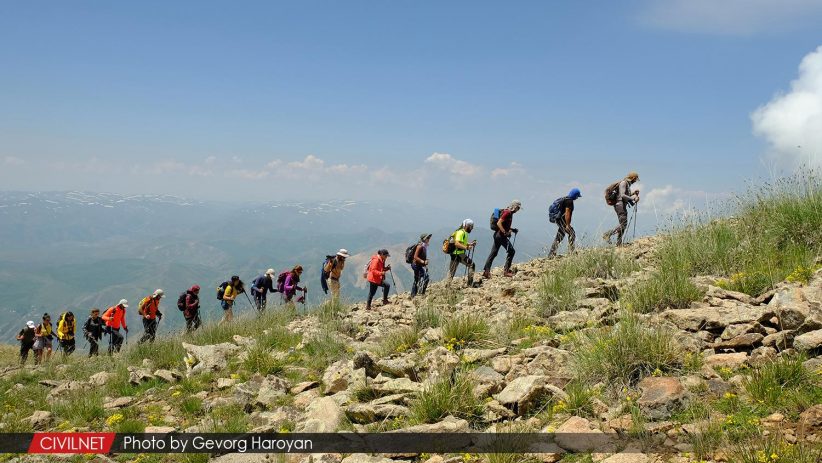 The coming year is set to be a banner year for Armenia’s tourism industry. By the summer, three European low-cost carriers will be operating, with routes connecting Yerevan and Gyumri, Armenia’s two largest cities, with destinations across Europe.

This month, Irish carrier Ryanair launched Yerevan-Milan and Yerevan-Rome direct flights, with additional routes to be opened from Yerevan to Berlin, Gyumri to Memmingen, Yerevan to Thessaloniki, and Gyumri to Athens in the coming months. Starting in April, Ryanair’s Hungarian competitor, Wizz Air, will begin operating routes from Yerevan to Vienna and Vilnius, and by May, passengers will be able to fly AirBaltic to Riga direct from Yerevan. In total, the flights are expected to generate up to 200,000 passengers per year.

A recent decision by the Armenian government to exempt low-cost carriers from paying a fixed tax per airline ticket sold played a key role in the entrance of Ryanair, Wizz Air, and AirBaltic to the Armenian market.

Even before the announcement of expanded flight routes, Armenia’s tourism sector has grown steadily in recent years. From January to September 2019, a record number of roughly 1.5 million tourists visited Armenia, contributing millions of dollars to the Armenian economy and supporting tens of thousands of jobs across the country.

Yerevan’s Zvartnots International Airport served more than three million passengers for the first time in its history in 2019. This growth may be partially due to the ban on direct flights between Georgia and Russia, in effect since July, which has forced many Russian tourists to reroute through Armenia to reach Georgia.

In addition, under a mutual agreement between the Armenian and Chinese governments that comes into force this month, Chinese citizens will now be able to stay in Armenia for up to 90 days without a visa. In 2019, before the lifting of visa requirements, more than 10,000 Chinese tourists visited Armenia.

The industry is also seeing a shift towards alternative tourism, such as ecotourism, gastro-tourism, and adventure tourism, and an overall growth in tourism in regions outside the capital. The expansion of projects encouraging the development of tourism outside of the capital, such as the World Bank’s multimillion-dollar “Local Economy and Infrastructure Development” project, provide investments to foster tourism in Armenia’s rural areas.

International media outlets on both sides of the Atlantic, including Bloomberg, CNN, the Financial Times, Forbes, and the Guardian, have labeled Armenia as an up-and-coming travel destination in 2020. The Telegraph calls Armenia “Europe’s best-kept secret.”

But although such changes will boost the economy, increased tourism also presents challenges in areas such as environmental protection and the preservation of monuments. Moreover, a significant inflow of foreigners to a small and homogenous country like Armenia has the potential to provoke social tensions.

Whether or not Armenia will be able to ensure that the growing tourism industry expands in a sustainable and beneficial way, remains to be seen.