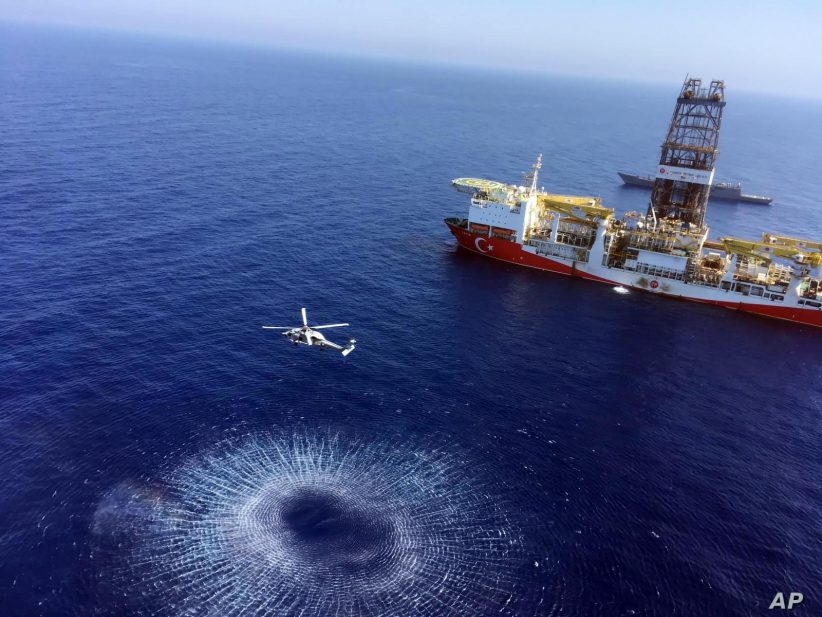 Tensions are rising between the European Union and Turkey over exploration drilling carried out by the latter in Cypriot territorial waters. On July 15, EU foreign ministers adopted a package of punitive measures to increase pressure on Ankara. The most striking announcement concerns the European funds destined for Turkey during the year 2020, which are to be cut by €146 million (out of a total of €400 million expected that year). These sums are intended to prepare the country’s possible accession to the European Union. Another financial threat involves the European Investment Bank (EIB), which has been asked to tighten up its conditions for granting aid to Ankara. On the political front, the EU28 have decided to downgrade the level of political dialogue with Turkey. In addition, the possibility of additional “targeted” sanctions has not been ruled out. These measures are not a surprise, as European leaders threatened in June to punish Ankara if its drilling (deemed illegal by the EU) in the Cyprus EEZ did not stop. On this issue, at least, words have thus been quickly backed by concrete measures.

In Ankara, the announcement of these sanctions has not (yet) caused any change of position on the question of drilling in Cypriot waters. “The decisions will not affect in the slightest our country’s determination to continue hydrocarbon activities in the Eastern Mediterranean”, said the Turkish Foreign Ministry. Beyond the (very sensitive) issue of gas, Turkey does not intend to reopen peace talks with Greek Cypriots unless certain conditions are met: “To restart negotiations, it should be determined in advance what will be negotiated, in which direction and within the framework of which modalities. We do not consider it beneficial to engage in a new open-ended exercise with no clear vision or purpose”, said Turkish Foreign Minister Mevlüt Cavusoglu, in a column published by the Turkish Cypriot newspaper Kibris Postasi.

The growing gas potential of Cyprus is heightening tensions between that country and Turkey (but also between Athens and Ankara). The dispute began in 1974, when the Turkish army invaded and occupied the northern part of the island to prevent its attachment to Greece. Fighting between Turkish and Greek Cypriots has caused thousands of deaths since the 1960s, and the conflict almost degenerated into an open war between Greece and Turkey on three occasions. Cyprus intends to become a major gas producer/exporter over the next few years. The idea is to supply Europe and Asia with gas, probably in the form of LNG. To achieve this goal, Nicosia will rely on its gas fields, such as Aphrodite and Glaucus. Exploration to find further reserves is continuing, but Turkey disagrees with such efforts: it has called for such work to be halted until agreement is reached on the reunification of Cyprus (negotiations on this issue were broken off in 2017).

After the EU sanctions were announced, Ankara stated that it plans to continue and even intensify its drilling activities off Cyprus (a fourth drilling vessel is to be mobilized) if the island nation does not accept a proposal by the Turkish Cypriots, represented by Mustafa Akinci, President of the self-proclaimed Republic of Northern Cyprus. Via the UN, he has advocated a mechanism for collaboration between Nicosia and Northern Cyprus, which would include sharing revenues from hydrocarbon exploitation. According to Mustafa Akinci, gas would become a vector of cooperation rather than a source of “tension and conflict”. This peace feeler was immediately rejected by Nicosia: “The proposal of the Turkish Cypriot leader […] cannot be accepted, since it detracts from the substance of the Cyprus problem and the need for the immediate […] negotiations aimed at a viable and functionable solution”, said Vassilis Palmas, Deputy Minister and spokesman for the Cypriot President.

In a Speech, Pashinyan Highlights Role of Women in Armenia's Military