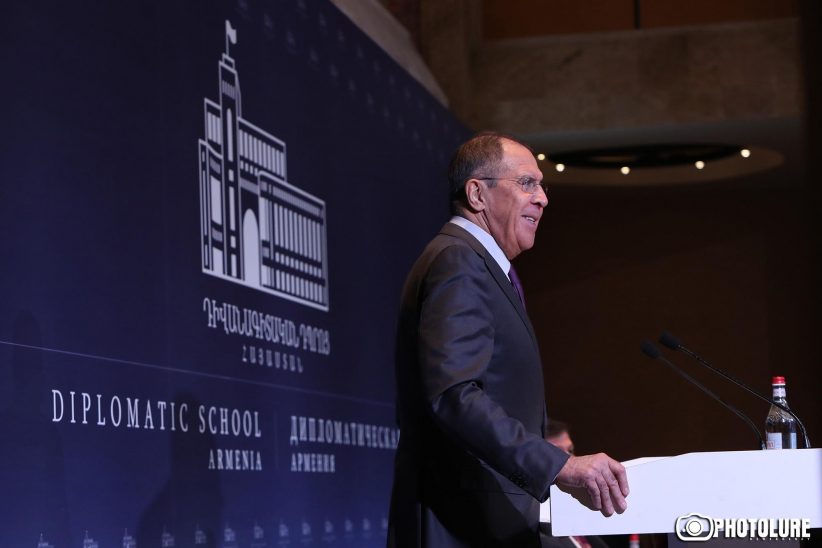 No agreements can be signed without the consent of the people of Nagorno-Karabakh, said Russian Foreign Minister Sergei Lavrov at a press-conference with his Armenian counterpart Zohrab Mnatsakanyan, in Yerevan on Monday.

“Armenia will simply not sign them. And it is hard to argue with that,” he stated.

He noted that Karabakh was left out of negotiations when “one of Armenia’s previous presidents decided that Yerevan would represent the interests of Karabakh.”

“As a member of the OSCE Minsk Group co-chair, Moscow can only seek to ensure that the process is in line with general consent.”

The Russian Foreign Minister’s trip to Yerevan is his first official visit to Armenia since the 2018 Velvet Revolution.

“Last time you paid an official visit to Armenia two years ago. Fundamental changes have taken place in our country ever since, and I want to state that the changes imparted fresh impetus to our bilateral relations,” Pashinyan said when receiving the Lavrov.

Lavrov noted that the political changes in Armenia in the Spring of 2018 did not hinder “the continuity in bilateral relations and development of allied and strategic partnership in all fields.”

Pashinyan and Lavrov highlighted the need for a peaceful settlement of the Karabakh conflict within the OSCE Minsk Group framework, and the need to implement humanitarian projects for forming an atmosphere of mutual trust between the conflicting sides.

Secret Prisons in Yemen, the Fight of Huda Al Sarari