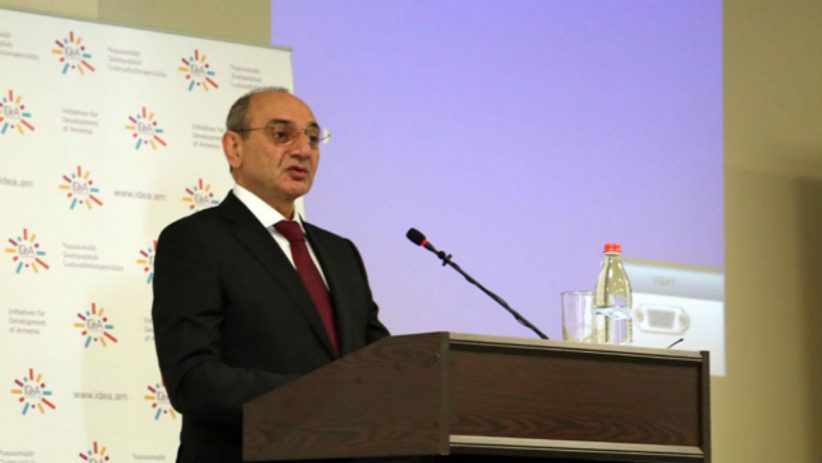 President of Nagorno Karabakh Bako Sahakyan is visiting the U.S. capital this week. While Sahakyan has made numerous trips to the United States, mostly for the annual Thanksgiving telethon held in Los Angeles, this is Sahakyan’s first visit to Washington. Sahakyan’s predecessors Arkady Ghoukasyan and Robert Kocharyan visited Washington in the 1990s.

According to Armenian and Azerbaijani media, Sahakyan is expected to speak at an event in the U.S. Congress on March 14, meet with Washington area policy experts and members of the Armenian community.

The visit comes shortly after Congressman Frank Pallone (D-N.J.) introduced a resolution “expressing the sense of the House of Representatives supporting visits and communication between the United States and the Republic of Artsakh at all levels of civil society and government;” the resolution currently has 11 co-sponsors. Pallone and two other members of Congress visited Karabakh last September.

The Azerbaijani government, which has long protested any visits to or from Nagorno Karabakh, has protested Sahakyan’s visit, handing a note of protest to U.S. ambassador to Baku. The foreign ministry pledged to retaliate against the U.S. government on the “basis of reciprocity.”

Writing in the The National Interest on March 12, the former US ambassador to Armenia John Evans argued that US and other countries should not accept Azerbaijani efforts to isolate Karabakh. “It is time for the international community to welcome the Republic of Nagorno-Karabakh—Artsakh—into the community of nations,” he wrote.

This news piece was published on Focus on Karabakh, a project of the USC Institute of Armenian Studies.