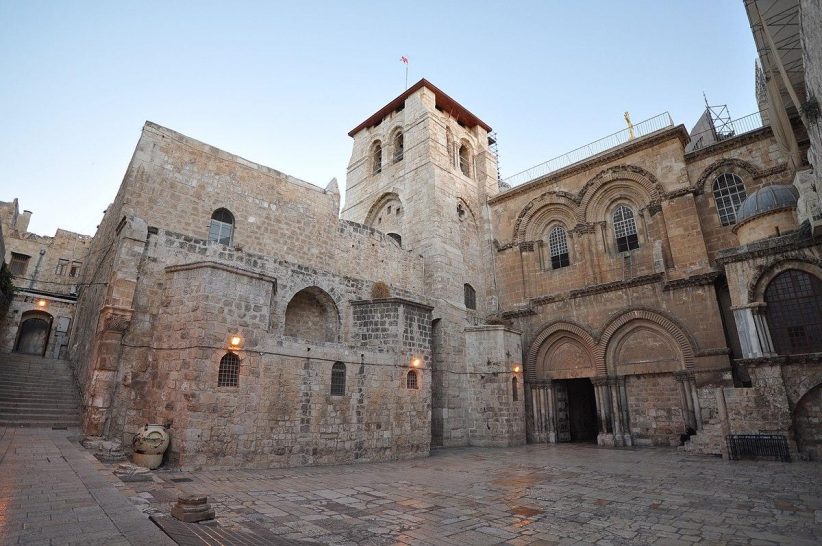 Christian leaders are protesting against Israeli tax policies which they say unfairly target the Christian community in Jerusalem.

In a step rare both for its expression of unity, and its severity, Armenian, Catholic, and Greek leaders indefinitely closed the doors of the Church of the Holy Sepulchre in Jerusalem on February 25. The church is considered the site of Christ’s Crucifixion.

“Enough is enough! “Stop persecuting Churches!” These are the grievances expressed on the posters in front of the church. Christian leaders say there is  a “systematic campaign of abuse against churches and Christians” by the Israeli government.

The Christian community is protesting against the decision by the city of Jerusalem to tax church properties. Two weeks ago, the municipality notified the Finance, Interior and Foreign Ministries and the Prime Minister’s Office that it will start collecting a total of NIS 650 million in taxes (186, 565, 282 USD) from 887 properties on which there are no houses of prayer.

“Recently, this systematic and offensive campaign has reached an unprecedented level as the Jerusalem municipality issued scandalous collection notices and orders of seizure of church assets, properties and bank accounts for alleged debts of punitive municipal taxes – a step that is contrary to the historic position of the churches within the Holy City of Jerusalem and their relationship with the civil authorities. These actions breach existing agreements and international obligations which guarantee the rights and the privileges of the churches, in what seems as an attempt to weaken the Christian presence in Jerusalem,” reads  a statement  issued last Sunday by the heads of the three churches.

This is the first time the church has been closed since 1990, when it was shut to protest Israeli settlers taking over a Christian building.

The Christian churches own large properties in the city. The mayor of Jerusalem says it is unfair that they do not pay full taxes on their vast property holdings.

“But does it make any sense that a commercial area that has hotels and shops is exempt from paying arnona [property tax] just because they are owned by a church? For too many years the state did not allow the municipality to collect these debts of these commercial areas… I would not allow that the residents of Jerusalem close this debt,” he also added.

According to the Christian community, there is also a will to weaken the Christian churches because of their political positions. Most of the churches’ adherents are Palestinians and the the religious body speaks out about the Israeli occupation of the West Bank and the tragic humanitarian situation in Gaza.

The Church of the Holy Sepulchre is one of the holiest sites in Christianity. The site is one of Israel’s most visited locations. Many  Christian tourists and pilgrims gather there all year long. More than two million Christian tourists visited Israel in 2013, with 90% of them visiting the Church of the Holy Sepulchre, according to Israel’s Foreign Affairs Ministry.

CHURCH OF THE HOLY SEPULCHRE CLOSES OVER MUNICIPALITY’S TAX DEMANDS

The Khojaly Tragedy and the Moment of Truth