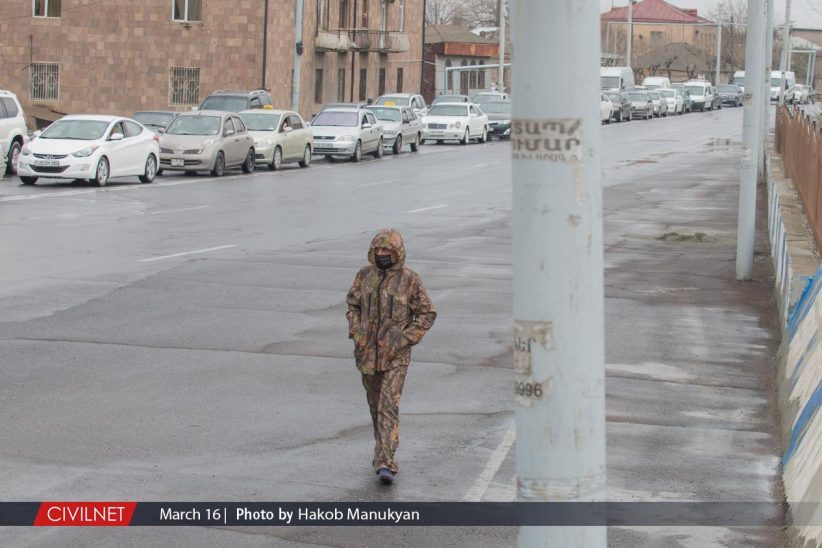 On March 31,Armenia’s National Assembly voted to reject the legislative package on amendments to the Laws on Legal Regime of the State of Emergency and on an addendum on electronic communication, which would have allowed the government to monitor citizens’ phone calls for the prevention of the spread of coronavirus.

The draft legislative package had been passed one day earlier amid intense debates between the deputies, but in the end, it didn’t receive sufficient votes to become a law..

A total of 65 deputies from the ruling My Step parliamentary faction voted for the package.

The Bright Armenia and Prosperous Armenia opposition parties boycotted the vote, expressing their disagreement with the adoption of this controversial law.

Following the vote, Armenia’s Prime Minister Nikol Pashinyan stated during a Facebook live that the government will bring the bill back to the National Assembly.

The bill was presented by Justice Minister Rustam Badasyan as a measure to prevent the spread of COVID-19 by monitoring the movement of infected individuals and their phone calls.

Under the bill, mobile operators would provide the government with data necessary to determine the location of their customers, ther telephone numbers, as well as the date, start and end of telephone conversations, along with other personal data.

On March 30, speaking on behalf of the Prosperous Armenia Party, Naira Zohrabyan pointed out the importance of solving social and economic problems in the current situation.

“This is a retreat from democracy,” she stated.

According to Edmon Marukyan of the Bright Armenia Party, “It is about collecting and processing large amounts of personal data, which will require large financial resources. And we are in a crisis.”

Civil society members also expressed their concern noting that the measure would be an erosion of the protection of personal data.

Samvel Martirosyan, a media and IT security expert, told CivilNet that this legislation can become an instrument of political control. He stressed that according to the draft law, the data collected can be personalized and authenticated.

“We are dealing with disproportionate regulation, which is dangerous from the point of view of personal data protection,” he said. Moreover, according to Martirosyan, there is no guarantee that this data won’t be maliciously used and will be eliminated after the state of emergency, as provisioned by the bill.

Speaking about similar measures in South Korea, Martirosyan pointed to the deficiency of the judicial system in Armenia, to deal with human rights violation cases when they are brought to courts.