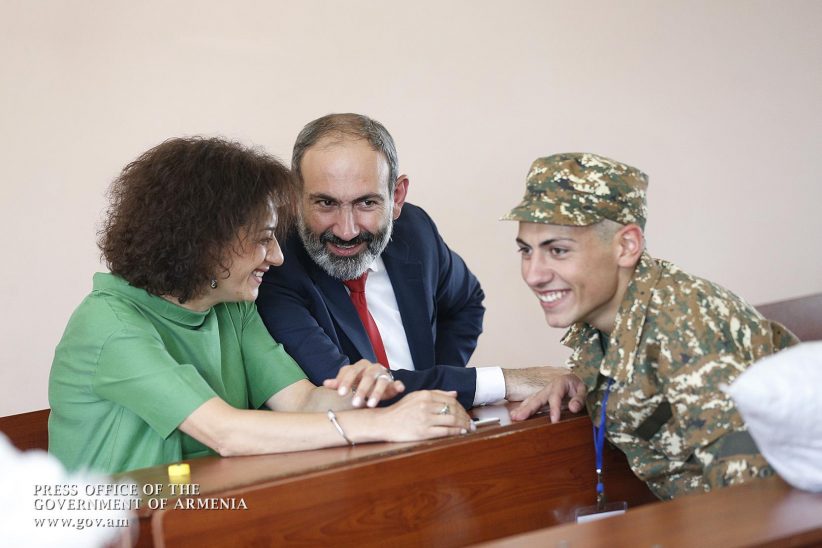 A key takeaway that the Armenian military learned from April 2016 fighting is that “Azerbaijan cannot have a monopoly on escalation,” Armenia’s defense minister David Tonoyan said in an interview last Sunday. Tonoyan suggested that should Azerbaijan launch another attack, the Armenian response would not be as limited as it was two years ago.

In response, Azerbaijan’s defense ministry issued a statement saying that “there are objects in Armenia, after the destruction of which there will be no life in these territories for centuries,” a cryptic threat against the Metsamor nuclear power plant that could cause a radiation fallout. The LORA missile system that Azerbaijan recently bought from Israel are believed to have the range to reach Metsamor, located more than 150 kilometers from mainland Azerbaijan.

These threats are not new. Prior to April 2016, to deter Azerbaijan’s aggression the Armenian side also warned of a strong response. And during the April fighting, after Azerbaijan threatened missile attacks against population centers, such as Stepanakert, the Armenian side said it would retaliate against Azerbaijan’s energy infrastructure, including in Mingechaur and the oil terminal in Sangachali, near Baku. Thankfully, the sides returned to cease-fire before either threat could be carried out.

Metsamor was also threatened before. Writing in 2009, a commentator for the official Azerbaijani news agency Azertag Vugar Seyidov suggested that to deter a potential attack on Azerbaijan’s strategic energy infrastructure “we should tell Armenians that our kamikaze pilots would do everything to make Chernobyl [site of the 1986 nuclear disaster] look like paradise compared to Metsamor.” Similar threats were published by a news site controlled by the Azerbaijani president’s office last year.

(And yet, the most outrageous threat to match is still by Abulfaz Elchibey’s interior minister Iskander Hamidov, who said in 1992 that unless Armenians surrender, he would drop nuclear bombs on Stepanakert and Yerevan. He didn’t have any bombs, but ironically, a quarter century later the main threat against Azerbaijan’s infrastructure comes from Armenia’s Russian-made missile called Iskander.)

In the past decade, the Aliyev regime pursued three key goals in the military conflict with Armenia: 1) to regularly escalate fighting to kill Armenian soldiers and make territorial advances no matter how modest; 2) to keep operations from expanding and risk a full-blown war and potential third-party involvement; and 3) to use the on the ground pressure and threat of wider conflict to push for unilateral Armenian compromises in negotiations. This approach also helped Aliyev offset domestic pressures. While the first two goals were mostly accomplished, the third was not.

In February 2017, when Azerbaijan military command attempted the old tactic of special forces attacks, they discovered it no longer worked because of the observation equipment the Armenian side installed along the Line of Contact. In July 2017, Azerbaijan tried to use new technology – kamikaze drones – to attack Armenian frontline positions, but the attack was not successful. Additionally, because personnel from Israel’s Aeronautics company protested after they were told to conduct the attack, this led to publicity in Israel and suspension in Aeronautics license to sell to Azerbaijan.

While hiatus in fighting has now held for over a year, Azerbaijan continued to rearm and has been likely considering various military options. But last spring’s change of government in Armenia has added uncertainty in two key respects.

First, Aliyev must be hoping that Pashinyan’s rise to power through popular protests would lead to friction with the Russian leader Vladimir Putin. So far, there are no obvious signs of such friction, aside from some of the Russian and Armenian commentators exchanging indignant commentaries over Russian weapons sales to Azerbaijan or the new Armenian leader’s suspected pro-Western leanings. Speaking in Yerevan, a leading Russian expert Sergey Markedonov argued that all that Russian leaders want to see from Armenia is more certainty and predictability.

Second, when it comes to “monopoly on escalations,” it is unclear to what extent Nikol Pashinyan’s reaction may be different from Serzh Sargsyan’s. After Azerbaijan’s re-deployment in Nakhichevan in May it was not very different, but that was only days after Pashinyan was elected into office.

On diplomatic front, Pashinyan is beginning to challenge Aliyev in ways that Sargsyan did not. Asked in an interview this week about his son now serving in Karabakh, Armenia’s prime minister said that he would be happy to see Aliyev’s son serve on Karabakh frontline as well, as that would be a sign of Azerbaijan’s leader having a personal stake in peace.

“Certainly, I don’t want a war, in which my son, sons of my compatriots or, for that matter, sons of regular Azerbaijani people could die,” Pashinyan said. “At the same time, [my son’s service in Karabakh] means that we are ready to sacrifice anything to defend our people.”