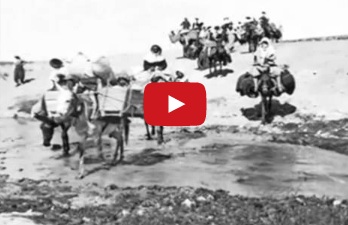 Armenians from all over the world began tweeting, hash tagging, and posting information regarding the Armenian Genocide on Twitter, Facebook and Instagram. Their efforts proved to be fruitful as #ArmenianGenocide became one of the most trending topics on the web. Organized by Armenian students and “Armenian Youth Federation (AYF)” activists in the United States, the objective of this campaign was to commemorate and remind the world about the Genocide outside of the April 24th Armenian Genocide Commemoration Day.

Frontier Villages in the Crossfire, Part I