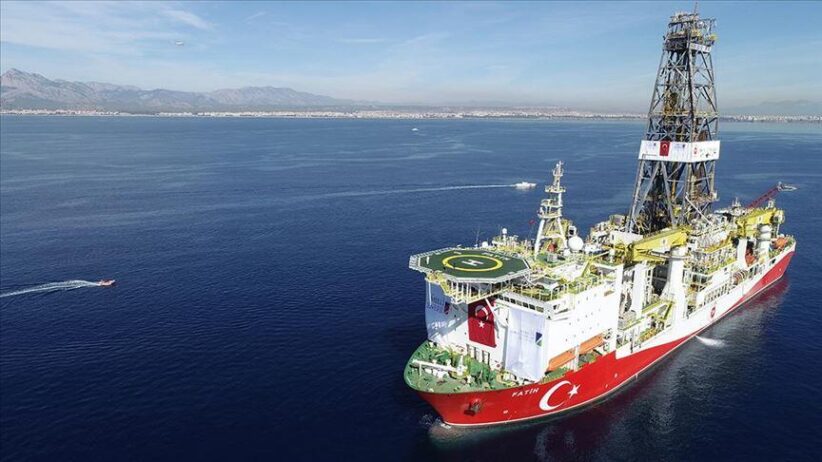 The discovery of substantial gas reserves in the Black Sea, and the prospect that initial estimates may be revised upwards, will probably lead to a series of changes in Turkey, primarily in terms of energy, of course, but also in Ankara’s political and economic relations with countries that supply it with gas or LNG. An ability to cover a significant part of its needs would represent a major upheaval for Turkey. Able to produce only 1% of its gas needs domestically, Ankara has so far based its entire gas strategy on diversifying its external supplies while trying to become an essential regional transit hub for as much gas as possible. A comparable strategy has been followed in oil: while Turkey’s domestic production covers only 6% of its crude oil needs, the country serves as a transit corridor for 0.8 to 1 million b/d of crude oil from Azerbaijan an equivalent to its overall consumption.

First of all, let’s look at the facts. On June 4, Turkish President Recep Tayyip Erdogan announced a new gas discovery on the Sakarya field in the Black Sea, where the “Amasra-1” exploration well had revealed some 135 bcm of reserves. Another major find (405 bcm) was already made on the same field last year. These discoveries therefore total 540 bcm, but exploration will continue, offering the prospect of possible new finds or upward reevaluations of known structures. In comparison to Turkey’s consumption of 45 to 50 bcm/annum, these resources are already significant. Almost all of the gas consumed in Turkey is imported at present, and the country spends some $12 to $15 billion on gas purchases per annum. Local production amounts to around 440 MMcm/annum (2020). However, the cost of extracting the newly-discovered gas is expected to be high, due to the water’s great depth. In addition to the Black Sea, Ankara is also interested in the Eastern Mediterranean, which has hitherto been thought to hold far larger resources. Eight exploration wells (preceded by intense seismic surveys) have been carried out there, sometimes in disputed waters, but with no convincing results for the time being. Ankara’s Mediterranean ambitions have led to strong political tensions in the region, in particular due to its drilling in waters belonging to Greece and Cyprus, but claimed by Turkey. The latter has even called some of its maritime borders into question, especially those defined by the Treaty of Lausanne in 1923.

In early 2021, Turkey’s state-owned company Botas held seven long-term take-orpay (TOP) purchase contracts, covering 48.9 bcm/annum of gas. Another 10 bcm/annum of long-term TOP purchase contracts of Russian gas, transiting via Bulgaria (West line), were held by seven private companies operating on the Turkish market. Furthermore, Botas is importing unspecified volumes of Russian gas (for an indeterminate period) via the first string of the TurkStream gasline, which came into service in January 2020. This 15.75 bcm/annum line, which was originally intended for the Turkish market alone, also serves six eastern European countries: BosniaHerzegovina, Bulgaria, Greece, North Macedonia, Romania and Serbia. In addition to the Shah Deniz 1 contract, which expired in April (see below), TOP contracts for 15.3 bcm/annum (including 5.3 bcm by Botas and 10 bcm by seven private companies) are set to expire by the end of 2021 (see table). Botas and Turkish private companies also make LNG spot purchases․

Turkish gas demand reached 48.5 bcm/annum in 2020. Botas had once forecast that consumption would reach 81 bcm/annum in 2030, but that was in 2012. In April 2017, the Oxford Institute for Energy Studies had estimated that Turkish gas demand would amount to 60 to 62 bcm by 2030. But even this low level could be further revised downwards, as Turkey is now planning to sharply increase its energy production from renewable sources. As from 2023, the country will also commission four Russian-built VVER nuclear reactors with a capacity of 1,110 MW each. In short, Ankara can (and very probably will) dispense with some of its gas purchase contracts.

Which contracts will Turkey maintain? Logic dictates that Ankara will choose those offering the lowest prices and the most flexible conditions (shorter terms, limited TOPs, etc.) while maintaining a diverse range of sources and supply routes. It is virtually certain that it will also take its political connections into account, but without sacrificing its economic interests. Azerbaijan, with which Ankara maintains particularly close ties, will probably be given preferential treatment: the two countries refer to themselves as “one nation, two states”. Russia, with which Turkey maintains a political love-hate relationship, will come in second place: it has invested too much in gaslines to and through Turkey (the 14 bcm/annum West line via Bulgaria; the 16 bcm/annum Blue Stream and the 15.75 bcm/annum TurkStream across the Black Sea) to easily relinquish the Turkish market. Botas will probably maintain a few LNG imports. Its 1.3 bcm/annum contract with Nigeria expires in October 2021, but the one binding it to Algeria’s Sonatrach (5.4 bcm/annum) runs until October 2024. Turkey purchases substantial amounts of LNG under non-TOP contracts. Thus, in 2020, Turkey imported 10.7 MMt (some 14 bcm) of LNG, including 4.6 MMt via spot-market or short-term purchases. It has two onshore terminals and two FSRUs, with a third one due to be installed in 2021. These facilities diversify its sources of supply and also increase its room for negotiation with suppliers of pipeline gas.

What will become of Botas’ Iranian contract? Historically, the volume specified in this agreement (9.6 bcm/annum) has only rarely been reached. After the Iran-Turkey gasline exploded at Dogubayazid (eastern Anatolia) in March 2020, Turkey failed to authorize repairs and Iranian gas imports are still suspended. Ankara is Iran’s largest gas customer, and the latter (which holds the world’s second-largest reserves after Russia) is struggling to find foreign outlets for its gas. As it stands, the fate of Turkey’s Iranian gas contract (which expires in July 2026) appears to be in jeopardy, to say the least․

The Turks will do their utmost to start producing their new gas from the Black Sea by 2023. Initial output of 10 MMcm/d is envisaged (some 3.65 bcm/annum), a figure which should increase very quickly. If necessary, the Turks will work “day and night”, said Erdogan. The field is located 155 km from Filyos, an industrial and port area near the town of Zonguldak, in mainland Turkey, northeast of the Bosphorus. This is where the field will be connected to the existing Turkish grid. The field is to be developed by TPAO, the state-owned corporation that discovered it, without any foreign assistance, according to the Turks. It’s quite possible that Ankara will decide to export some of its gas (or to re-export imported gas): that would be very a very “Erdoganian” approach, profitable both economically AND politically. Imagine for a moment what would happen if Turkey were to supply gas to Ukraine: what leverage for Ankara in its relations with Russia! Turkey has also been exporting 0.75 bcm/annum of gas to Greece since 2003, under a contract which will expire at the end of 2021.