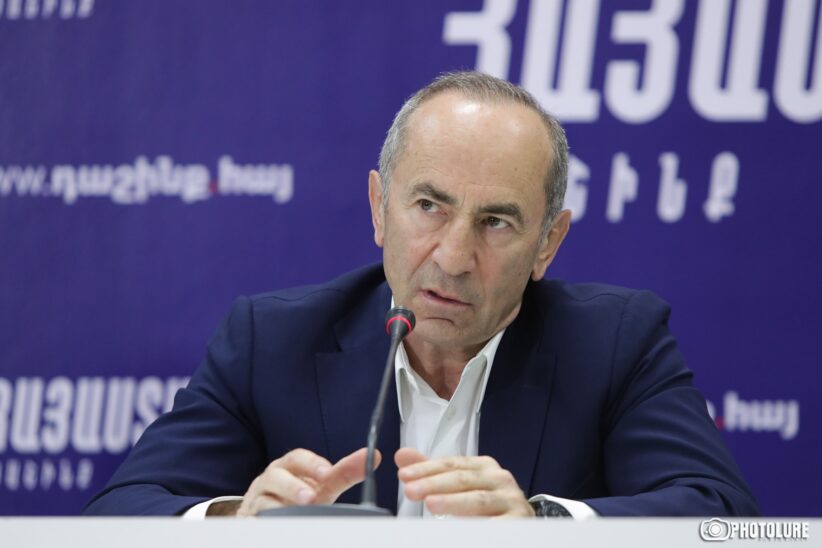 Former President Robert Kocharyan stated in a press conference on June 22 that he might decide to not take up his seat in the Armenian parliament. During the June 20 parliamentary elections, Kocharyan’s Armenia Alliance came in second, gaining 27 seats. Prime Minister Nikol Pashinyan’s Civil Contract Party, which won by a landslide, will take 72 seats. The rest of the seven seats will go to the I Have Honor Alliance.

Following the election, many wondered if Kocharyan would take the position of an opposition deputy in parliament, or if he’d give up his seat to someone else on the Armenia Alliance list.

“I’m an executive, I do not imagine myself in the legislature, I find it difficult to see myself in parliament,” Kocharyan said.

It is worth noting however that a decision regarding Kocharyan’s participation in the next legislature is not finalized.

“The results, I must admit, were unexpected, (many) of the polls showed a different picture,” Kocharyan stated during the press conference, continuing that his alliance is concerned about mass violations conducted during the election. It is expected that the Armenia Alliance will apply to the country’s Constitutional Court regarding the alleged violations.

In terms of why his bloc lost, Kocharyan stated that Pashinyan and his allies stoked fear of a return to the old regime and the politics of pre-”velvet revolution” Armenia.

Moreover, Kocharyan admitted that the ruling party did particularly well in rural areas of Armenia, but added that if the campaign period was longer, this could have changed.

“These elections significantly changed the political landscape. If (the ruling party) continues with vendettas, I have no doubt that Armenia will be facing an emergency and the government won’t last very long,” the second president concluded.