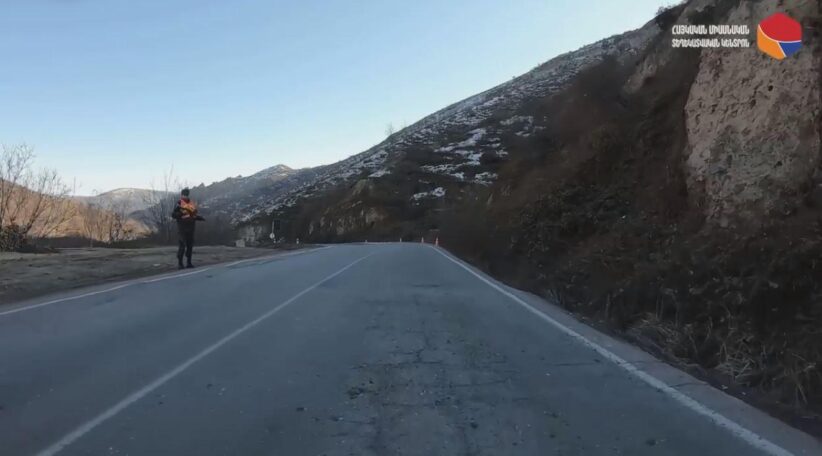 Azerbaijani servicemen blocked a highway leading from Goris to Kapan in Armenia’s southern region of Syunik on August 25. The highway has been closed since 11pm, according to a statement by the National Security Service of Armenia.

Earlier, Arman Tatoyan, the Human Rights Ombudsman of Armenia, stated that for more than three hours, 50 or more Azerbaijani servicemen blocked the major road which leads to the southernmost part of Armenia, as well as to the border with Iran. The incident took place near the village of Davit Bek.

Currently, Russian and Armenian border guards are in talks with the Azerbaijani side to reopen the road. Civilian vehicles have been barred from moving through the area.

According to Tatoyan, the Azerbaijani servicemen have so far refused to reopen the road.

In the Armenian parliament on August 26, Prime Minister Nikol Pashinyan confirmed that Azerbaijani forces were indeed blocking the highway since August 25.

Pashinyan stated that the government was aware of the possibility that Azerbaijani forces might block the Goris-Kapan important highway and had thus started to repair the Kapan-Aghvan road so that the region is not cut off from the rest of Armenia.

Understanding remedial secession and the status of Karabakh

Azerbaijani soldier arrested after entering a house in Karabakh