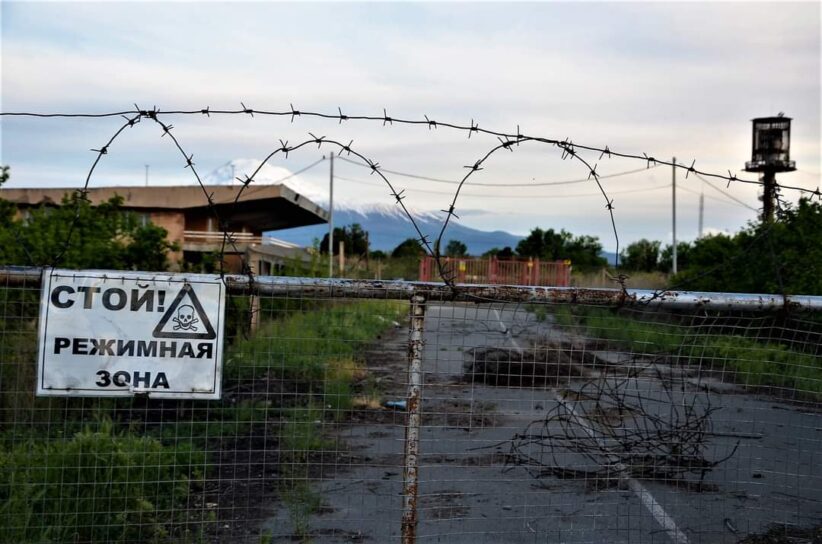 “Unblocking should be one of the priorities of Armenia’s foreign policy,” reads the plan, which sets the government’s priorities through 2026. “At the same time, this process cannot take place at the expense of the security and vital interests of Armenia and Artsakh [Karabakh].”

“The government is convinced that the establishment and development of normal relations with neighboring countries are key to lasting peace, stability, security, and economic development in the region,” it continues.

Infrastructure and communication links between Armenia, on the one hand, and Azerbaijan and Turkey, on the other, have been shuttered since 1993, when Baku and Ankara imposed a joint economic blockade on Yerevan. That embargo, which remains in place, resulted in the closure of about 80% of Armenia’s international borders and has hampered Armenia’s post-Soviet economic development.

The blockade has also left Nakhichevan, an Azerbaijani exclave wedged between Armenia, Iran, and Turkey, largely isolated from the rest of Azerbaijan. With the embargo in place, Baku has found itself reliant on Tehran to supply energy to Nakhichevan. Travellers who wish to transit between the exclave and mainland Azerbaijan must go either by plane or overland through Iran.

Armenia and Azerbaijan first committed to unblocking regional connections last November, when they signed a Russia-brokered ceasefire that largely ended the war over Karabakh. The September-November war saw Armenia suffer a disastrous defeat by Azerbaijan, which took broad swathes of territory previously controlled by Armenian forces. The conflict left thousands dead on both sides, with tens of thousands more injured or displaced.

The November agreement stated that “all economic and transport connections in the region shall be unblocked,” but was very light on details — except for a provision calling on Armenia to “guarantee the security of transport connections” between mainland Azerbaijan and its exclave of Nakhchivan with oversight by Russian border guards.

That prospect has led to increasingly aggressive rhetoric toward Yerevan from Baku, which has termed the potential Azerbaijan-Nakhichevan connection the “Zangezur Corridor.” The term Zangezur refers to a historical area that covers most of Syunik, Armenia’s southernmost province, and some adjacent lands.

The Armenian government has hit back against Azerbaijan’s apparent intention to establish a corridor in Syunik, stressing that an infrastructure link does not constitute a formal corridor. “There can be no corridor of another sovereign country on the sovereign territory of Armenia,” said Armen Grigoryan, the head of Armenia’s Security Council, in an interview with Radio Azatutyun on Monday.

The two sides followed up the November ceasefire agreement with a joint statement in January after another meeting in Moscow. That statement outlines a procedure to form a working group on unblocking regional connections under the joint chairmanship of the Armenian and Azerbaijani deputy prime ministers and the deputy chair of the Russian government. It also states that “priorities shall include rail and road communications” and stresses the need for “ensuring the safety of transportations carried out” by both sides in the region.

Though details remain elusive, unblocking regional connections would most likely involve renovating and reopening two Soviet-era rail links between Armenia and Azerbaijan that have since fallen into dereliction. The first runs from Nakhichevan to Azerbaijan through Syunik, providing an overland connection between mainland Azerbaijan and Turkey, its main benefactor. The second connects Armenia and its close ally Russia via Armenia’s northeastern Tavush province and Azerbaijan’s Gazakh and Agstafa districts.

The reestablishment of infrastructure and communication links between Armenia and Azerbaijan would accelerate economic development in the region, experts have said. Russian Prime Minister Alexei Overchuk in a June interview hailed the potential economic boom that could result.

Lawmakers in the National Assembly, as Armenia’s single-chamber parliament is officially known, voted 70-0 last Thursday to approve Pashinyan’s five-year plan. However, only representatives from the ruling Civil Contract party took part in the vote, with opposition lawmakers harshly criticizing the plan and refusing to vote on it.

Insights With Eric Hacopian: How to approach Armenia-Turkey normalization