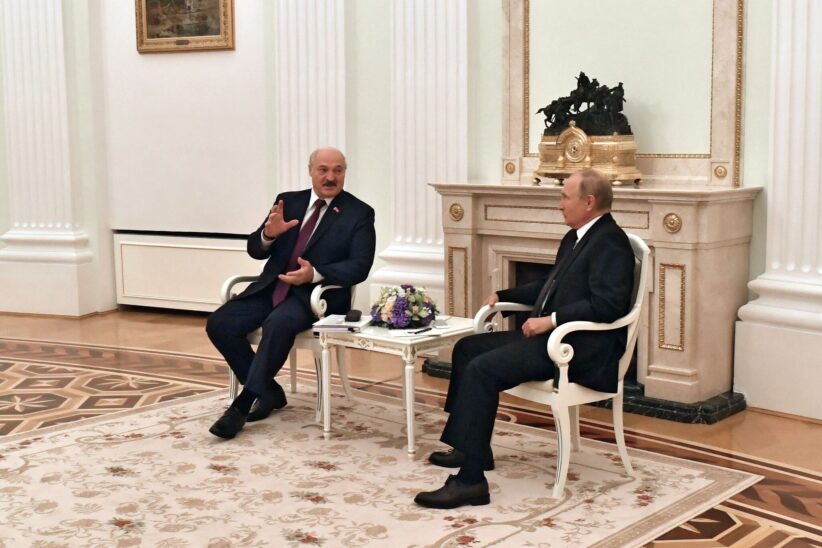 A decision earlier this month by the leaders of Belarus and Russia to further deepen economic integration between their two countries has refocused attention in much of the region on Russia’s ever-evolving relations with the near abroad, a term it uses to refer to the post-Soviet states that ring its western and southern flanks.

Russian President Vladimir Putin and his Belarusian counterpart, Alexander Lukashenko, announced on September 9 that they had agreed to coordinate macroeconomic policies, introduce common tax and customs rules, and establish a unified energy market, among other measures. Additionally Russia will continue to supply Belarus with steeply discounted natural gas supplies and over $600 million in loans.

Since the signing of a 1999 treaty, Belarus and Russia have formally been part of the Union State, a planned confederation between the two countries. However, talks on actually establishing a political union have dragged on for years with few tangible results.

Both Armenia and Belarus are members of the Collective Security Treaty Organization and the Eurasian Economic Union, two Russia-led international groupings. The first is a military alliance, the second a trade bloc.

So what do closer ties between Russia and key ally Belarus mean for Armenia?

Analysts CivilNet spoke with are divided. Benyamin Poghosyan, chairman of the Yerevan-based Center for Political and Strategic Studies, speculated that a sort of Belarusian model could be applied to Armenia in the future. At the same time, Caucasus Institute director Alexander Iskandaryan, also based in Yerevan, doubted that the Belarus-Russia deal had any real meaning for Armenia at all.

Still, both agree that Armenia’s dependence on Russia today is deeper than ever, ensuring that developments in Moscow continue to hold the attention of policymakers in Yerevan for years to come.

Analysts attributed that increased dependence to the deployment of Russian peacekeeping forces to the territories in and around Karabakh after Armenia’s disastrous defeat to Azerbaijan in last year’s war in the region.

“Armenian dependence on Russia is more than it was before the [Karabakh] war and before the [Velvet] revolution,” said Iskandaryan. “In the sphere of security, Armenia dramatically needs Russia, first because the physical security of the people of Artsakh, of the Nagorno-Karabakh Republic…is [now] provided by Russians, by Russian peacekeepers.”

Armenia’s “overdependence [on Russia] has significantly been increased as a result of the Karabakh war, as a result of military defeat,” Poghosyan agreed. “Currently the situation of Artsakh and Armenians living there are totally within the Russian hands. And also we have a significant increase in Russian military personnel in Armenia itself.”

He even went so far as to say that “maybe now we have the most pro-Russian or under-Russian-control government ever in Armenian history,” given Russia’s expanded role in guaranteeing Armenia’s security in the aftermath of last year’s short but bloody war.

And while both analysts agree that the lack of concrete details of what exactly Lukashenko and Putin agreed on at their meeting made it difficult to comment on the impact of further Belarus-Russia integration, their positions still diverged on the implications for Armenia.

Poghosyan, on the one hand, said he could envision Russia approaching Armenia with a similar proposal in the future, if the former’s deal with Belarus proves fruitful in the coming years.

He continued: “I don’t exclude [the possibility] that the final aim of Mr. Putin is to use this model of Russia-Belarus integration, not just to deepen integration within the Eurasian Economic Union, but [also] to transform the Eurasian Economic Union into some form of confederation…In this case, maybe Mr. Putin believes that Armenia is the weakest part of this chain and could be easily or more easily forced or convinced to become part of this new confederation or this new Union State.”

“If these templates, this process of establishing the Union State [between Belarus and Russia] will be successful, then I can’t exclude [the possibility] that maybe Armenia will be offered membership” in the future as well, he concluded.

On the other hand, Iskandaryan expressed skepticism that the Belarus-Russia deal will have any tangible impact on Armenia or its relations with its former rulers in Moscow.

“Geography matters. Armenia and Belarus are in very, very, very different environments,” he argued. “Poland is not Azerbaijan…We don’t have Luxembourgs, Belgiums, and Canadas around us. All our neighbors, I would say, are somehow special. Iran is not the most democratic country in the world. Azerbaijan is not a western democracy.”

“So no, I don’t think that you can make these direct analogies” between Armenia and Belarus, he said.