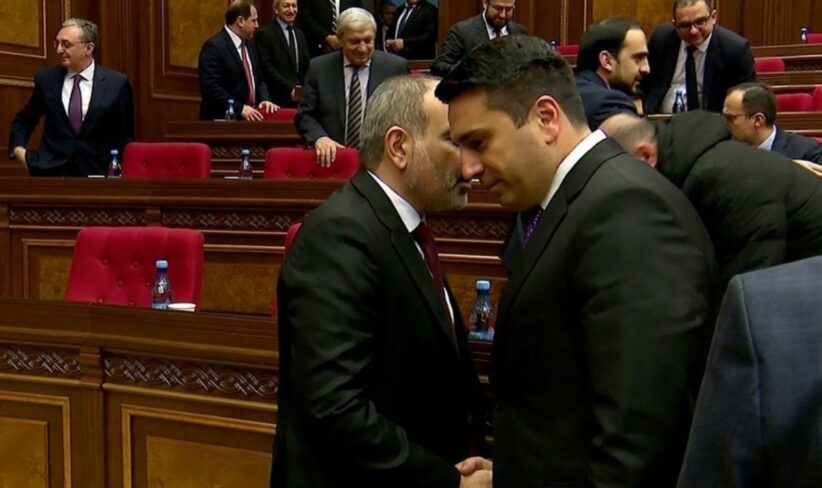 Legislation that substantially raises penalties for insult and slander is constitutional, Armenia’s Constitutional Court ruled last week. The decision was immediately met with a storm of criticism from journalists, civil society groups, and international human rights organizations, which warned of a chilling effect on freedom of speech in Armenia.

Under pressure from civil society groups, President Armen Sarkissian had earlier refused to sign the bill into law and instead sent it for further review to the Constitutional Court, a judicial body that interprets Armenia’s constitution and determines if legislation violates it.

“The decision of the Constitutional Court causes not only disappointment and bewilderment, but also outrage,” said the Committee to Protect Freedom of Expression, a Yerevan-based non-governmental organization, in a statement.

“The use of disproportionately strict approaches [to defamation penalties] will cause more harm to freedom of speech than it will serve to combat” insult and slander, the statement continued. It was co-signed by nearly a dozen other prominent NGOs, including the Yerevan Press Club, the Media Initiatives Center, and the Freedom of Information Center of Armenia.

The law, first approved by lawmakers in March, sets fines ranging from 1 to 3 million drams (about $2,000 to $6,250) for publicly and repeatedly insulting others due to their “public activities,” as well as a prison term of up to three months. The legislation defines public figures to include government officials, politicians, and civic activists, among others.

In addition, insults that do not comment on “public activities” but that are “grave” or “extremely indecent” are punishable by fines of up to half a million drams (roughly $1,000).

Critics of the law argue that very few journalists or media organizations in Armenia, if any, could afford to pay the new maximum penalties and continue their operations.

Lawmakers from the ruling Civil Contract party hit back against such criticism when the legislation was first adopted in the spring.

“This bill is primarily aimed not so much at punishing individuals resorting to grave insults as having a preventive impact and eliminating insults from our society,” said Civil Contract legislator Vladimir Vartanyan, who chairs the Standing Committee on State and Legal Affairs and introduced the changes.

The law’s main author, Alen Simonyan, currently serves as the speaker of the National Assembly, as Armenia’s one-chamber parliament is officially known. He is seen as a close ally of Prime Minister Nikol Pashinyan, himself a former journalist.

The Constitutional Court’s decision comes amid a number of other recent decisions, some of them also spearheaded by Simonyan, which civil society activists have criticized for eroding freedom of speech in Armenia.

Changes include banning media organizations from citing social media accounts belonging to unknown individuals, preventing reporters from entering the legislative chamber without advance permission, and limiting the areas in the National Assembly building where journalists can interview lawmakers.

“Recent developments indicate that achievements to democracy and rights over recent years in Armenia are threatened,” said Marc Behrendt, director of Europe and Eurasia programs at Freedom House, a prominent watchdog organization based in Washington.

“The introduction of legislation criminalizing ‘serious insults’ and other forms of criticism, especially against government officials, stifles freedom of speech and political opposition,” he said in a statement. “We call on the Armenian authorities…to strike down unconstitutional legislation that interferes with freedom of speech.”

Pashinyan and Putin meet in Moscow amid flurry of diplomatic activity